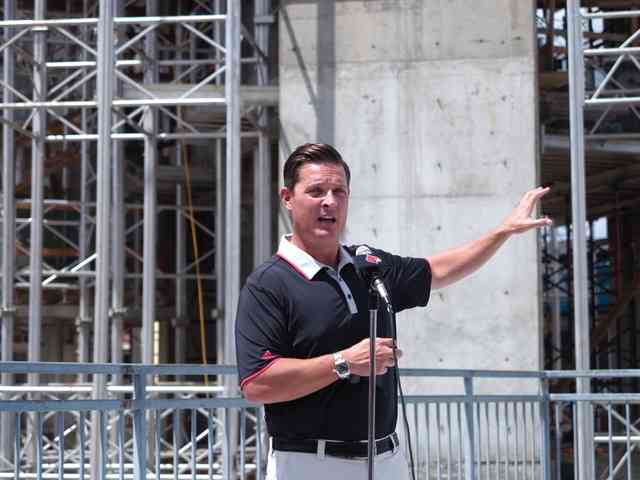 The University of Louisville has terminated 3 employees of its athletics department citing ‘restructuring’.  Senior Associate Athletic Director of Development Mark Jurich, Associate Athletic Director of Marketing Julianne Waldron and Associate AD of HR Kim Maffet were announced as ‘departing staff members’ of UofL as a part of that restructuring.  Tom Jurich, the father of Mark Jurich and who hired all 3 of these individuals was terminated from UofL back in October.

Mark Jurich was an All-American for Louisville Baseball and after completing his professional baseball career came back to UofL in 2008.

Vince Tyra had the following statement on Mark Juirch today:

“Mark is very talented and we sincerely appreciate the strong effort and performance that he has contributed to Cardinal Athletics froms his time as a student-athlete through the valuable work he has accomplished as a member of our administrative staff.  As we move forward, we will be restructuring leadership positions within our department and creating efficiencies among our senior staff.”