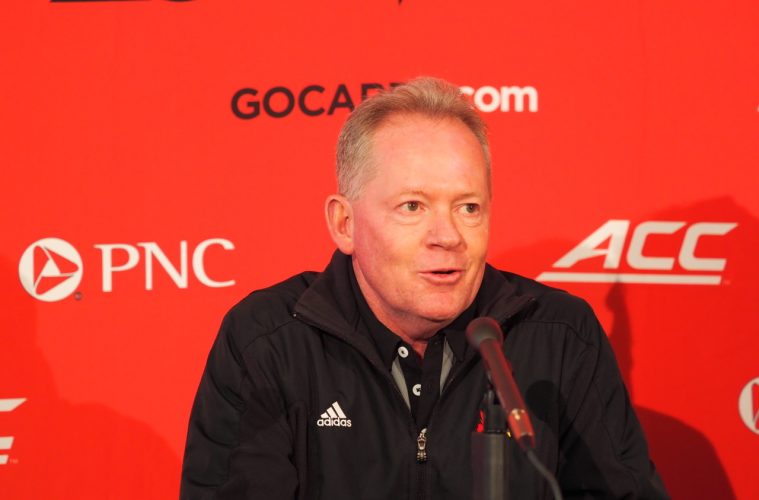 Grady Brown, an up-and-coming mind and one of the nation’s top recruiters, was named defensive assistant and recruiting coordinator at the University of Louisville, head coach Bobby Petrino announced on Friday.

Brown, the safeties coach at Alabama State in 2017, made a name for himself in the coaching circles during his tenure at South Carolina (2012-15), teaming with current UofL secondary coach Lorenzo Ward – the defensive coordinator for the Gamecocks during that period.

“Hiring Grady Brown is an excellent addition to our defensive staff,” Petrino said. “A detailed technician, Brown is a bright, young football coach who boasts a lot of experience coaching. He does an excellent job in terms of teaching the players, and is a proven recruiter, which will be a tremendous asset in enhancing the talent in our program.”

“The makeup of his staff over the years has shown his loyalty to those guys, which is hard to find in this profession,” Brown said. “The relationship I have with Coach Ward – someone I’ve known since I was 16 years old – was something that was intriguing about this job. Hiring a successful coach like Brian VanGorder to run the defense, someone who has had success at all levels, was a plus for me in taking advantage of this opportunity.”

Brown’s troops, led by cornerback Jimmy Legree, cornerback Victor Hampton, and safety Brison Williams, ranked third in the SEC and 12th in the nation in pass defense in 2013, allowing 196.2 yards per game through the air. With Legree and Hampton both picking off three passes, South Carolina finished second in the league and 13th in the nation in interceptions with 18.

“Grady Brown is one of the most professional and knowledgeable coaches I’ve had the opportunity to be around,” Ward said. “An outstanding teacher, Brown is very detailed in his instruction, which will be a tremendous benefit to our players.”

During his first season with the Gamecocks, Brown tutored safety D.J. Swearinger, who captured second-team all-SEC honors in 2012. Safety T.J. Gurley earned a spot on the SEC all-Freshman squad despite missing part of the season with a knee injury.

Prior to his arrival in Columbia, Brown spent two years as the Southern Miss cornerbacks coach. During the 2011 campaign, Southern Miss was No. 7 nationally in pass efficiency defense (108.47 rating) and set an NCAA record for interceptions returned for touchdowns with eight. As a unit, the Golden Eagles finished the season as a top-30 defense.

Brown came to Southern Miss after spending the previous year and a half working in the strength & conditioning area and assisting as a defensive intern at LSU, where he helped tutor NFL first-round pick Patrick Peterson and third-round pick Chad Jones along with free agent signees Danny McCray and Chris Hawkins.

Brown went to LSU after working a season at Texas Southern, where he was the safeties coach and also the community outreach liaison.

His arrival to TSU came after a six-year stint as the secondary coach at Alabama State. The Hornets’ defense finished ranked in the Top 10 nationally in six team categories, including a No. 7 finish in interceptions in 2002.

In his first season at ASU, Brown mentored Antoine Hill, who finished third in the country in interceptions with 10, while the squad ranked seventh in both turnovers gained and interceptions. The team won the Southwestern Athletic Conference crown in 2003 and then the league’s overall title in 2004. His defensive squad ranked seventh in turnovers gained and ninth in rushing defense in the FCS.

During his time at ASU, Brown served two NFL Minority Coaching Internships, first with the Seattle

Seahawks in 2004, then with the Kansas City Chiefs in 2007. He also served as the defensive coordinator and linebackers coach for the Magnolia All-Star Football Classic in 2005.

Brown began his coaching career in 2000 at his alma mater Alabama A&M before being promoted to the rank of a full-time assistant coach for the 2001 campaign.

After completing his high school career at Wenonah High in Birmingham, Ala., Brown played defensive back for Alabama A&M from 1995-98. Following his senior season, he played one season with the Tennessee Valley Vipers in the Arena Football League.

Brown, who graduated from Alabama A&M with a degree in mathematics education in 2000, is married to Rashidah Brown.