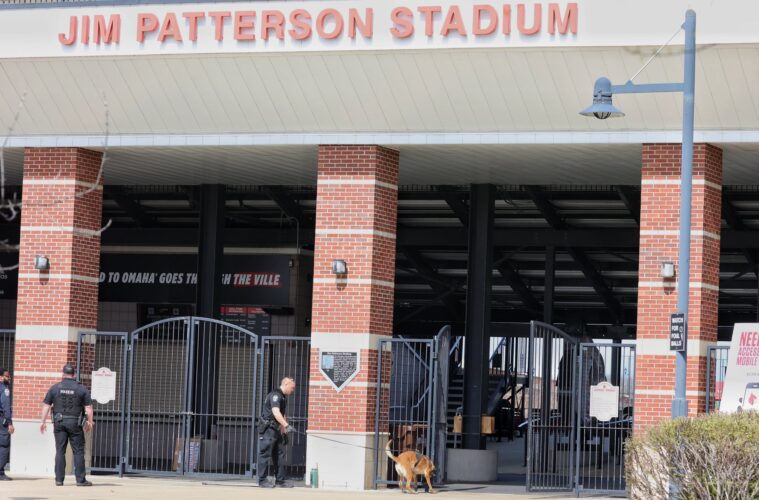 It took five hours of game time and more than seven hours in total, but the fourth-ranked University of Louisville baseball team rallied for a 6-5 walk-off victory in 14 innings over No. 20 North Carolina on Sunday at Jim Patterson Stadium.

After four straight scoreless extra innings, Jack Payton led off the bottom of the 14th with a double into the left field corner. Levi Usher was intentionally walked and Logan Beard laid down a perfect bunt to load the bases. Isaac Humphrey then stepped to the plate and lined a ball to the base of the right field wall to send the Cardinals to a second consecutive walk-off win.

The game was the longest for the Cardinals since playing 18 innings against Notre Dame on March 21, 2015.

Sunday’s game saw the Cardinals trailing 5-1 when the game was stopped in the top of the sixth inning for a stadium emergency. The two teams then resumed play after a delay of more than two hours to conclude the contest.

The game remained a four-run game heading into the bottom of the ninth inning. Ben Bianco led off the inning with a solo home run, his third straight game with a long ball. Christian Knapczyk followed with a walk and Ben Metzinger singled to bring the tying run to the plate.

Following a strikeout, Dalton Rushing worked a walk to load the bases and a wild pitch scored Knapczyk to make it a two-run contest. Payton then delivered a clutch two-run single into left-centerfield to tie the game up at five.

Louisville (23-8, 9-3 ACC) had a chance to win it later in the inning, but Payton was thrown out at the plate on Logan Beard’s single to right.

The Louisville bullpen had its best day of the season on Sunday, taking over in the fourth inning and pitching 11 shutout frames. Kaleb Corbett, Evan Webster, Kyle Walter, Alex Galvan, Carter Lohman, Garrett Schmeltz, Kade Grundy and Ben Wiegman combined to strike out 10 batters with just seven hits allowed over their 11 innings.

Five different Cardinals had multiple hits on the day with Knapczyk, Payton, Usher, Beard and Humphrey all tallying two.

Louisville finishes off a quick four-game homestand on Tuesday with Cincinnati at 6 p.m. ET. Tuesday is Cancer Awareness Night at Jim Patterson Stadium.