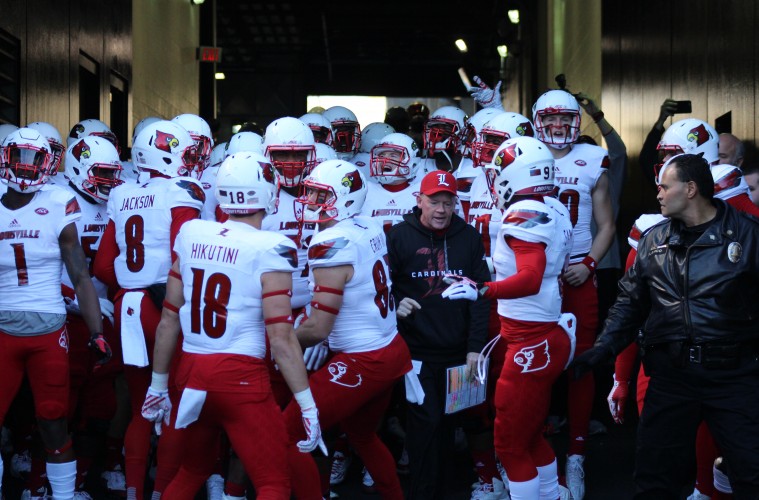 Linebacker Tadarrius Patterson has committed to Louisville. The athletic pass rusher chose Louisville over the likes of Tennessee, Auburn, Mississippi St., California, UK, and Virginia Tech. What about the football program excites him? “Just the way they are improving every season” Patterson said “The defensive scheme they use is what I’m looking for!” Patterson went on to describe the bond he has not only to the coaches, but with the city itself “What made UofL special is that I am very used to the city and state and the relationship [I have with] Coach Scott and Coach Grantham.”

Listed at 6’1″ 223lbs with a 4.58 40 yard dash, the 3* linebacker describes himself has having good pass rushing skills and brings aggressiveness and leadership to the team which is also what the coaching staff sees in him. “They really love my pass rushing skills” Patterson said  “I really feel they will use me the way I am trying to be used at the next level. I just want to do what’s best for me and enjoy the game of football.”

Patterson is an athletic linebacker who is aggressive and can cover a lot of ground in a hurry. He is not afraid to play physical at the line against the run and has the tools to be solid in coverage against tight ends and bigger receivers. To me, Patterson has many similarities to James Burgess which is something that should excite Cards fans.