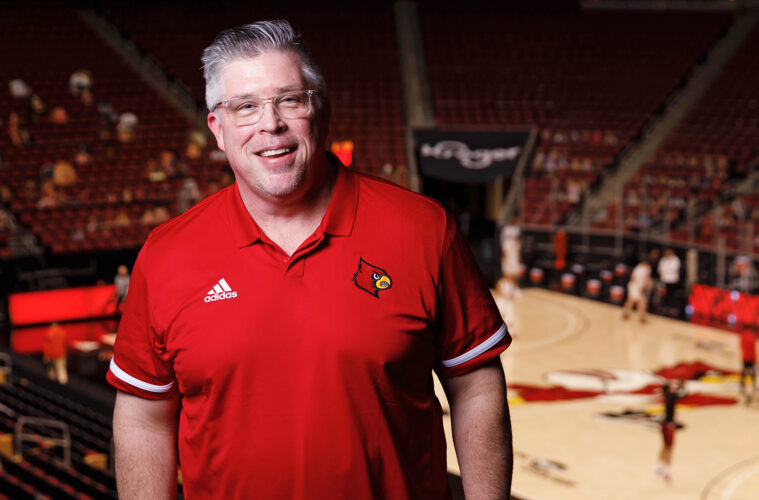 UofL had accepted multiple submissions for the position, narrowed the candidates down to a small group, and used early-season games as opportunities for live try outs.  McGarvey received the highest praise among the many qualified candidates and was chosen to continue in the role vacated when Sean Moth, the Cardinals’ public address announcer for the past 21 years, resigned his athletics staff position on Aug. 26.

McGarvey has already been in place for three games this season, including the last two home events, and will continue moving forward.

A 1994 UofL graduate with a bachelor’s degree in communication, McGarvey has also served as the stadium voice for the Louisville City FC soccer club since 2015 and will announce for Racing Louisville FC, the new National Women’s Soccer League (NWSL) team.  He has served as the host/co-host of Soccer City Radio that airs on WKRD radio (790 AM) since 2016.

McGarvey was the public address announcer for men’s and women’s basketball at IU Southeast for nearly 10 years.  He also previously announced some soccer, lacrosse, and softball for Bellarmine as well as Spalding men’s & women’s basketball last season.

McGarvey grew up in Owensboro before moving to Louisville to attend UofL and has stayed in the city since that time.  He and his wife Suzann have three children:  Ellie, Tate and Corey.