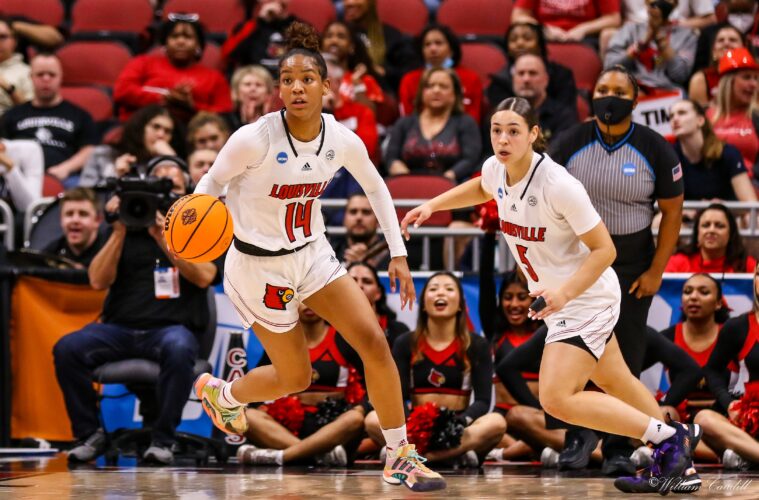 As the president of the Kianna Smith fan club, I am elated to announce that she was selected No. 16 to the Los Angeles Sparks. Our girl is going home!

She was the second leading scorer on Louisville’s team this season, averaging 12 points per game and shooting 43% from the field. She was also a 37% three-point shooter coming in clutch on more than one occasion. Kianna was a starter for all 34 games this season and played an average of 28.8 minutes per game. She was a go-to shooter for the Cards and made statements in transition while also proving herself on defense with 34 steals and 9 blocks in her senior season.

If there’s anything Louisville is good at, it’s proving people wrong. Kianna did that when she was drafted much higher than any mock draft had her listed. Don’t be surprised when you see her on a roster and thriving at a professional level. It has been an honor to call Kianna Smith a Louisville Cardinal.