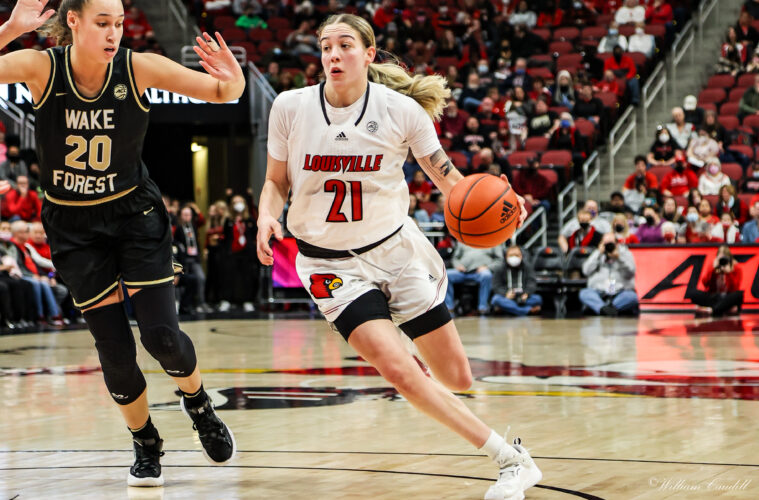 With the 4th overall pick in the 2022 WNBA draft, the Indiana Fever select Emily Engstler.

When Emily came to Louisville from Syracuse her intentions were clear. She was here to develop as a player under Coach Jeff Walz and get to the WNBA. She exceeded expectations and continued to prove people wrong throughout the entirety of her career as a Cardinal.

Not only did Engstler start in all 34 games she played in this past season, but she was averaging 26.4 minutes per game. She was a proven piece of the puzzle for Louisville’s success. She was a strong player on both ends of the court, shooting 46.1% from the field and averaging 11.6 points per game, but her bread and butter came on the defensive end. Of her 318 rebounds this season 91 were offensive, while 227 were defensive. She was a monster on the boards averaging 9.4 rebounds per game. On top of that, she also tallied 93 steals and 61 blocks for the Cardinals.

It’s clear to everyone that Emily will be an asset to the Fever and we wish Emily the best of luck moving forward!