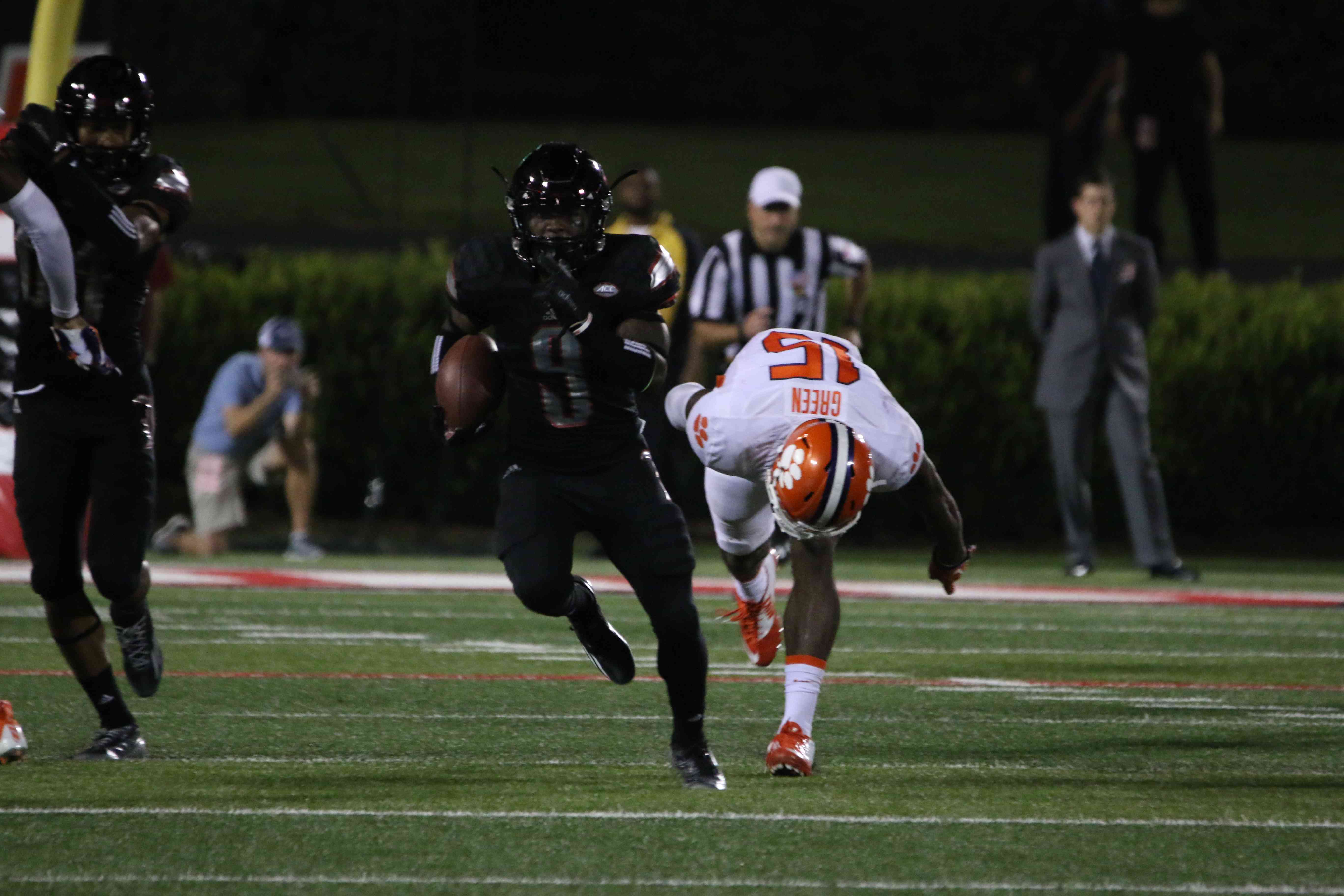 Keep An Eye On This Class Of 2018 Athlete

College coaches aren’t allowed to contact class of 2018 recruits until September 1st but one player to keep an eye on is Miami, FL athlete Johnny Ford. At 5’8″ and 165lbs, Ford is a an electric playmaker that can play both running back and slot receiver. As an example of his playmaking ability, Ford had 10 rushes for 189 yards and 2 touchdowns in his spring game, and that was with a bad ankle.

As of now, the Coral Cables standout has offers from FAU and FIU but come September 1st, I would imagine that changes and one school that really intrigues the speedster is Louisville. “I really like everything that’s going on at Louisville. I [have] liked them since I was little.”

“I like how they use their offense and use their slots ans running backs.” he said “I like a spread offense and they run it. I know I’ll make a perfect fit for it.”

Yet another reason Ford likes Louisville is class of 2018 commit Trenell Troutman “[We are] very close, we played together at northwestern, we went 6-0. We always talk about going to the same school.” he said.

So just how much does Ford like Louisville? “If they offer me I will commit on the spot” he said.

Obviously, this is a recruitment we will keep an eye on. I encourage you to check out his highlights below.