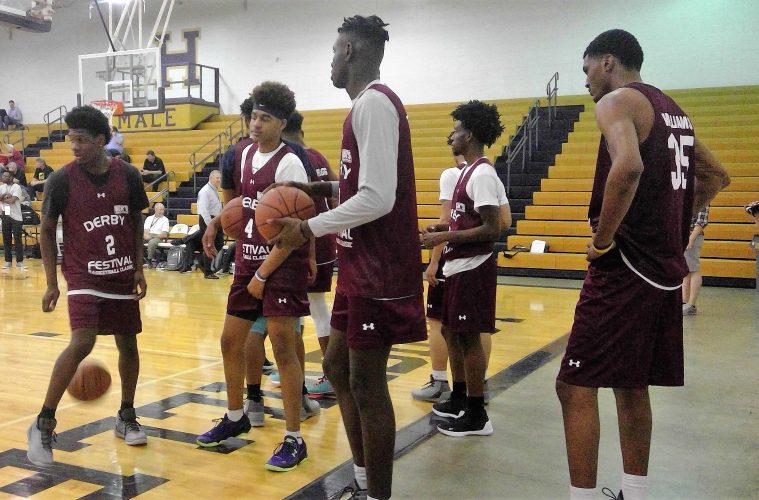 3 out of 4 Cardinal recruits made it to Louisville for Thursday evening’s practice and first media opportunity. Up close and personal with the future Cards… #cardnation meet Malik Williams, Darius Perry and Lance Thomas.

First, in the shoot around you’ll see Perry and his fancy footwork.. then Thomas and Williams both swish on the same shot. I liked the latter two’s vocals on the floor… I think they might’ve felt like the big men on campus (; Welcome to the ‘Ville, class of 2017.  Cardinal fans, look for #1, 2 and 35.

Malik Williams says he *should get to Louisville around June 1st.  Meet Malik #cardnation

The Cards will be introduced to their home crowd on Saturday night.. and the current Cards are sure to be there to welcome them here, as well.

Take a trip down memory lane at the classic Freedom Hall and watch the future of Louisville Basketball in the 2017 Kentucky Derby Festival Basketball Classic.