Stadium will include state of the art field level suites, improved fan clubs facilities, and much more. $55m project.

Blue reports that the expansion is a $55 Million Project and will feature Field Level Suites, Club Facilities and much more. Others have since tweeted the news from the dinner and we’ve even managed a photo off the screen. Our only question is: Where does the Johnny Unitas statue fit into these plans?

We can’t wait to see the renderings and hear from Tom on the plans.

And it appears that @AlexWDavis managed a cell phone picture off the screen at dinner tonight.

10:10 pm. Just received word from UofL that Tom Jurich will hold a press conference tomorrow to announce the expansion. 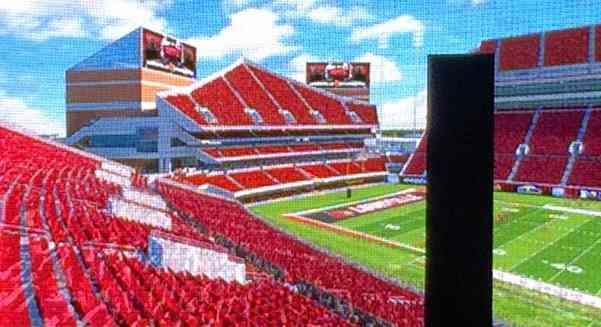 @CardChronicle not quite, but they're going to have some other cool facilities and on field boxes! pic.twitter.com/VO5L5EU0GF