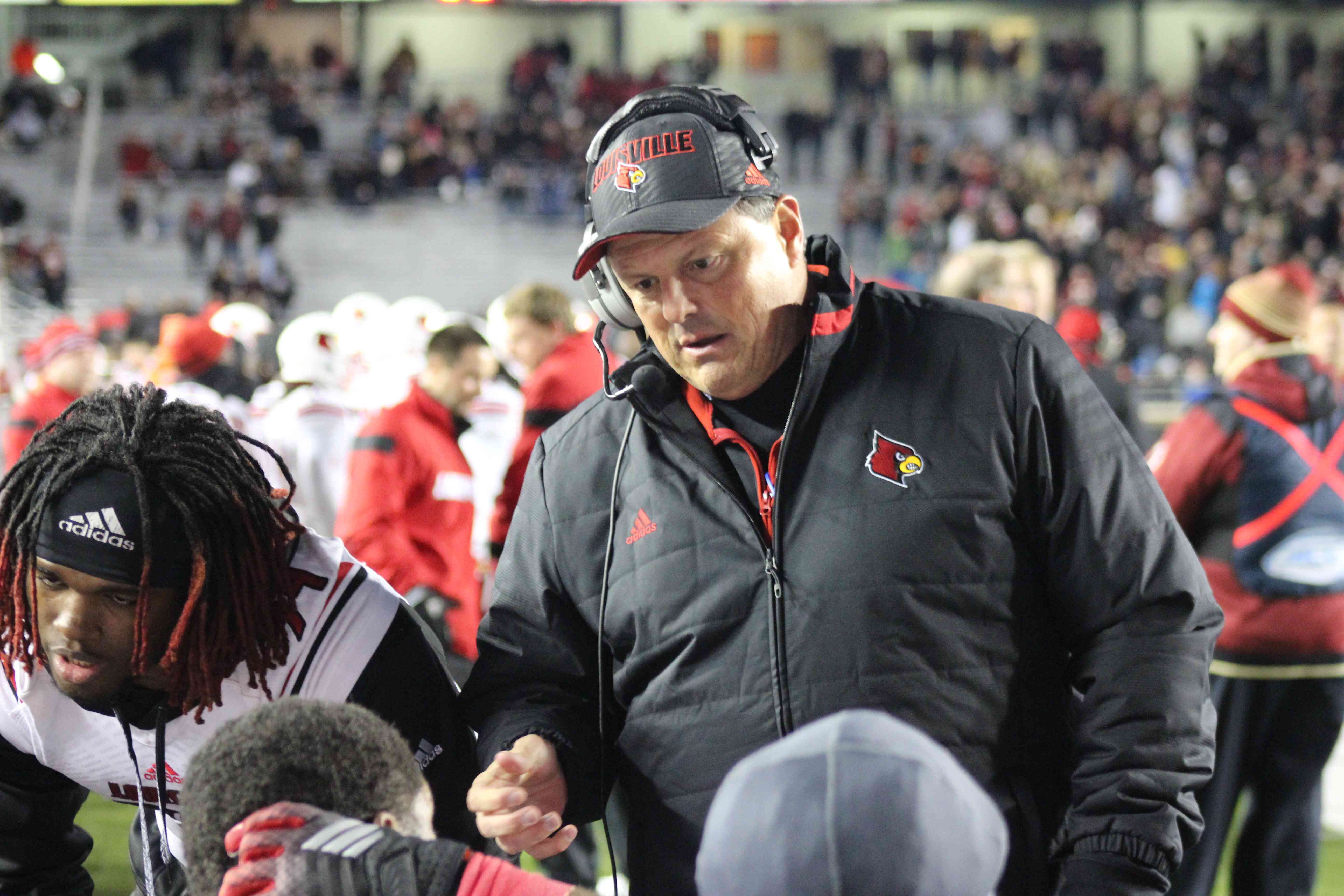 Among all the “big names” in Louisville’s latest “Light up the Ville” camp, one local standout was working towards his first offer. Dayna Overton, a 6’3″ 240lbs prospect from right across the river in Jeffersonville, IN, went through the camp and talked about the experience.

“It was great!” Overton said, “I’ve been there many times and just seeing the coaches again is just a great time. I love the coaches there. I feel like I really could prosper and fit into their program.”

With so many commits attending the event claiming a myriad of offers, Overton is still trying to secure that very important first offer, one he feels would get the ball rolling with other schools “My next step in the recruiting process is actually to grab an offer. I feel like once I get my first offer it will help me get more exposure to other colleges.” Overton said.

Overton has been hearing from schools such as Indianapolis, Carleton, Indiana State, Purdue, and just wrapped up a camp at WKU but Louisville is in a league of their own for the local prospect “Definitely number 1 to me” Overton said regarding the Cards “I’ve dreamed for playing for UofL since I first started playing football. Being just across the bridge and growing up watching a lot of UofL sports it’s just natural to dream of playing for a team like Louisville.”

So was there talk of an offer at the Louisville camp? “There was a little talk about an offer.” Overton said “Coach Grantham said that they are not losing a lot of people at the position that I would be recruited for. But he said that it wouldn’t stop him from recruiting me because he likes my athleticism.”

Coach Grantham wasn’t the only Louisville coach to give great feedback to the rising senior “Coach Klenakis said that I made his guys look like fools. So yeah, I got a lot of good feedback from several coaches.”

As for what position Louisville is recruiting him at, the coaches like Overton as an outside linebacker bringing a great mix of size and athletic ability. “Being 6’3″ 240lbs and being able to move, I believe that’s what jumps out to the coaches.”

So while other recruits are trying to decide between which school to pick, Dayna Overton is still working for that first offer, one that looks like will be coming sooner rather than later based on feedback. And it wouldn’t be far fetched to believe that Louisville may be that first offer, one that may seal the deal for the local standout. “With their football program and their academics in engineering, it’s really all I’ve been looking for.” Overton said “Plus, also being close to home is a great thing.”