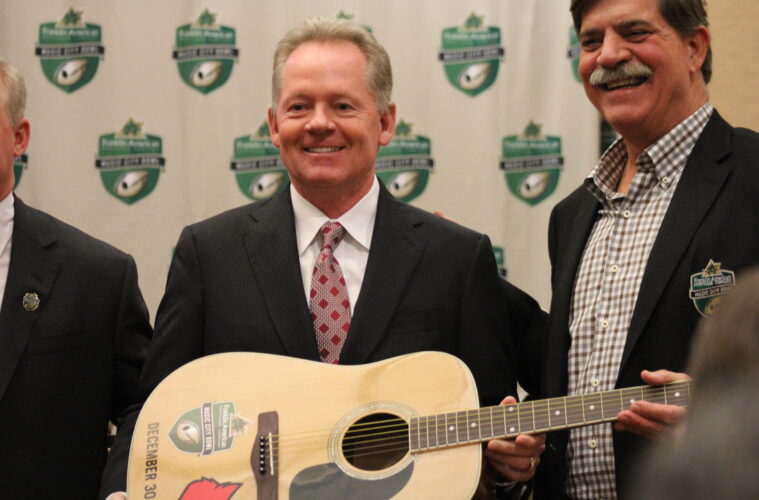 How Will Louisville Football Finish The 2017 Recruiting Class? (Version 3)

As we are now into the 2016 Louisville football season, official visits have started to take place and we are hoping to get a little more clarity on who Coach Petrino and staff will add to the 2017 recruiting class. The problem is one of numbers. There are only so many spots available in the 2017 class and they are going fast. There will likely be some who graduate and go elsewhere or transfer after the season ends and for those reasons we really won’t get a great idea of how many they can take until much later. Another factor is players enrolling early. As of now Justin Marshall, Cole Bentley, and Tadarrius Patterson have plans to enroll early, meaning they would be able to be counted in the previous year’s class.

With so many variables we can only guess at how many the staff will take based on need. As you will see below, I have designated some as possibilities (whether it is recruiting over someone else or a spot opens up). First, let’s take a look at who is committed by position.

Running Back: Louisville loses 2 running backs next year, starter Brandon Radcliff and backup Malin Jones. It appears UofL wants to take 2 at this position in 2017. As of now there are 3 total we are watching: Colin Wilson, AJ Davis, and Damon Williams. All 3 seem to be in play, although the running back situation is murky as all 3 are very quiet so it’s tough to read which 2 are the most likely to join the class.

Wide Receiver: Jamari Staples and James Quick will be 2 major losses following the 2016 season. Louisville already has a commitment from receivers Josh Johnson, Corey Reed, and Justin Marshall. At this point it is tough to tell whether they are wanting to add another receiver or not, but the staff really likes Leroy Henley. I could see a situation where he is added to the class depending on how the numbers shake out.

My Prediction: Leroy Henley (depending on numbers)

Tight End: With the current commitment of Kemari Averett and Texas A&M transfer Jordan Davis arriving this fall for camp, I believe the Cards like where they stand at this position.

Offensive Line: With 4 current commitments in the class of 2017 and only 2 departing players, Louisville is probably comfortable with the class they have at offensive line but two prospects I would keep an eye on would be Howard Watkins and Caleb Chandler. Both lineman have expressed interest at one point or another in the Cardinals and if I had to guess Chandler is the more viable option. Louisville does have 4 offensive linemen committed in the class currently but I believe if someone the caliber of Chandler wants to commit you find a way to take him.

My Prediction: Caleb Chandler (depending on numbers)

Defensive Line: Louisville loses 2 big contributors following the 2016 year in DT DeAngelo Brown and DL Drew Bailey. Louisville only has 1 D-lineman committed in the class, Malik Clark. I’ve continued to hear great things about both Jabreel Stephens (End/OLB) and Ben Hutch (interior lineman). I think there is likely a way the staff could and would take both.

Linebackers: Possibly 2 of the biggest losses to graduation following the 2016 season will occur at the linebacker position, Devonte Fields and Keith Kelsey. Currently the 2017 class holds commitments from 3 linebackers, Kam Jones, Tadarrius Patterson, and Dorian Etheridge. Recruiting at the linebacker position beyond the current commits has cooled for the most part and I don’t foresee any additional commitments at this position.

Defensive Backs: I will lump both cornerbacks and safeties into the same category since they can be so interchangeable. Louisville is only expected to lose 1 major contributor in the defensive backfield in Josh Harvey-Clemmons. Louisville currently has commitments from 7 defensive backs (Rodney Owens, TreSean Smith, Lyn Strange, TJ Jallow, Kaheem Roach, Tre Norwood and Anthony Johnson). Even though there are so many DB’s committed, Louisville is in great position with Russ Yeast and Miami commit Brian Edwards. If either wanted to commit the staff will find a way to take them as they are both unique talents. From what I have been hearing, I think there is a great chance that Louisville can land both.