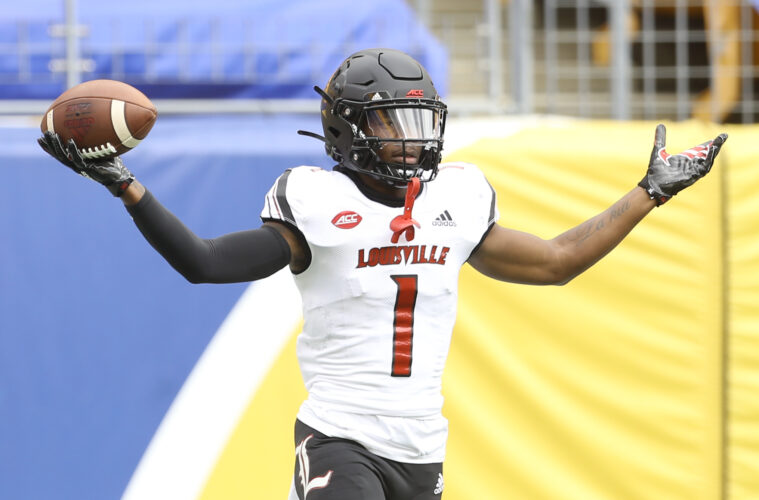 How Does Louisville Football Bounce Back?

Louisville Football has completed its first 3 games of the 2020 season and at a 1-2 start. Expectations were high as the Cards had the core of its skill players back, continuity on defense with much of the depth chart returning and Bryan Brown defensive coordinator.

We’ll see how good Miami (3-0) is after BYE week as they travel to Clemson for the Hurricanes’ next game on October 10th. It looks like Miami is a quality team and have played good football so far in 2020. Pittsburgh (3-0) will take the field over the next two weeks against NC State & Boston College and while the offense isn’t scaring anyone the defense will win the Panthers a ton of games.

But where does that leave Louisville? Having watched the first 3 games of the season it’s clear that Miami & Pitt are better right now than the Cards and maybe those two programs are Top 25 caliber? Maybe they aren’t. We’ll find out. At the very least Louisville fans expected that they could count on their offense while the defense continued to build. Against Miami, Louisville gained 500+ yards of offense and defensive lapses cost the Cards. Against Pitt the offense sputtered and the Louisville defense did enough to keep the Cards in the game to have a chance to win at the end.

In 2002 Louisville Football was coming off a fantastic 2001 campaign were the Cards finished 11-2 on the season, beating BYU in the Liberty Bowl and ranked #16 in the final poll.

Going into 2002 everything was BACK….. except the offensive line where the Cards were rebuilding. Louisville was ranked #18 preseason, Dave Ragone was entering his senior season and Heisman Bobblehead Dolls were made. Skill players like Damien Dorsey, Lionel Gates, Henry Miller, JR Russell, Ronnie Ghent, Joshua Tinch & Richard Owens. On defense the Cards had Curry Burns, Anthony Floyd, Dwayne White, Josh Minkins, Kerry Rhodes & Michael Brown. There was A LOT of talent coming back….. except on the offensive line where Louisville was totally rebuilding.

In the long term it ended up working out great with Louisville’s offense exploding for the next 5 seasons (2003-2007) but the Cards had to rebuild and endure 2002. It wasn’t all bad that year, but Louisville did lose its opening game at home vs. Kentucky (with future NFL 1st Round #4 overall pick Dewayne Robertson). The Cards went on the road and lost to Colorado State and Houston and also dropped additional home games to Cincinnati and TCU before losing the GMAC Bowl to Byron Leftwich.

Bottom line, Louisville in 2002 had all the makings of a really good football team but it needed its offensive line to play well to beat the better teams on its schedule. As it was the Cards were only able to beat hapless Duke, Army, Memphis, East Carolina, Southern Miss, UAB and as everyone remembers Florida State in the rain.

Louisville in 2019 gave up a College Football record 130 Tackles For Loss (10.0 per game, 13 games). And then they lost Mekhi Becton (1st Round Jets) and Tyler Haycraft (UDFA). Louisville has accelerated that record-breaking pace from a year ago through 3 games was 32 tackles for loss and 10.67 TFLs per game so far.

Louisville has given up 10+ TFLs in 5 consecutive games. That’s never happened in school history. Granted the Cards have played against some particularly nasty players upfront so far:

The bad news is that the talent in the ACC doesn’t really let up. They may not see a front as particularly nasty as Miami & Pitt for a few weeks, but 10+ TFLs per game is going to result in some bad situations for your offense (and eventually your defense) and totally limit this team’s potential. Just as it did in 2002.

Louisville hasn’t won field position at all this year. The TFLs, the punting, a bad 3rd Down Conversion rate (57th of 72 teams in College Football), turnovers all of it has resulted in the Cards starting offense & defense in an undesirable position. The Cards must begin to win the field position battle.

A false start here, a hold there, an offensive pass interference, a silly interception, a fumble, an assignment error, a bad play call, a bad decision all of it has happened for the Cards. And it is college football, but Louisville has made far too many mental mistakes. Football is won with a series of good decisions and Louisville just has had too many weak links in the decision making chain. And some of it is bad luck (Yasir Abdullah allowing Pitt’s Taysir Mack to score with the tackle not fully going to the ground).

Make the Next Play

Mistakes can be contagious. At times it has seemed like Louisville players are trying to make up for previous mistakes on subsequent plays. All of that is in the past. The Cards would do well to just focus on the gameplan, play the next play. And the same thing is true game by game. Miami and Pitt is over. Georgia Tech is in front of the Cards and that’s where the focus needs to be.