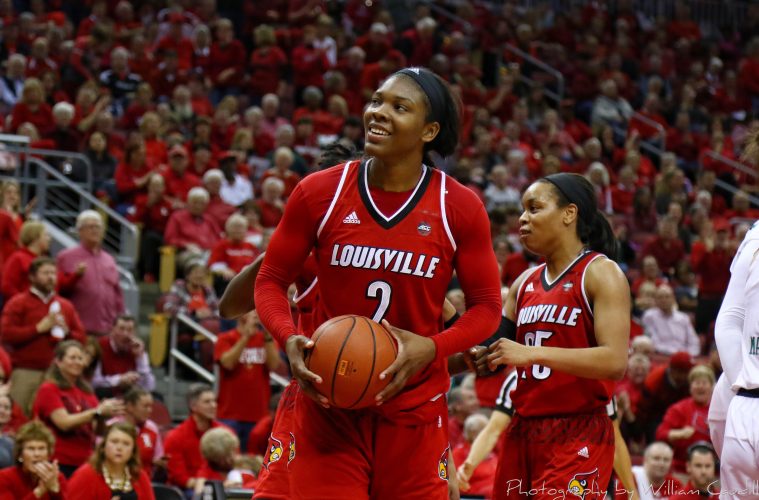 It certainly didn’t come easily, but Jeff Walz’s Cardinals held off the South Florida Bulls by a final of 67-50 last night in front of nearly 8,000 fans.  At the half, Louisville (20-6, 11-1) led by only four points, and had used a late 9-0 run to muster that advantage.

It was a similar run at the end of the third quarter that pushed the Louisville lead to 9 at the start of the fourth quarter, and the final frame was all Louisville.  For the Cards, the leading scorer was Myisha Hines-Allen, who had 25 points and 10 rebounds in the winning effort.  She was joined by Mariya Moore with 19 and Arica Carter who had 15 points for the victors.

For South Florida (18-7, 11-3) it was cold shooting that did the Bulls in.  For the game, USF hit just 39.3% of their field goals, and only 21.4% from the three point line.  They were led by guard Courtney Williams who also had 25 points and 10 rebounds in the losing effort, but no other South Florida player reached double figures.

Up next for Louisville is a home tilt with Virginia (14-12, 4-8) at 7:00 P.M. on Thursday night at the KFC Yum! Center.  It is the second to last home game with the finale coming on the 28th against Pittsburgh.