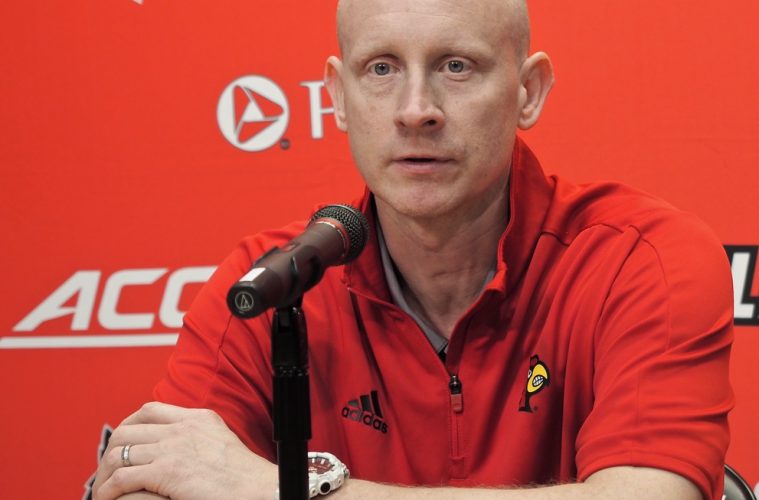 “Khwan is an explosive athlete who will be one of our better perimeter defenders,” said UofL Coach Chris Mack. “With so many talented ball-handlers on our schedule, his ability to contain the dribble will be challenged. He’s tough, well coached and as a senior will provide added experience to our roster immediately. During his visit, our team really enjoyed their time with Khwan. He will fit in great with his new teammates as we add to our roster for the coming year.”

Fore started the last two seasons with the Spiders, averaging 11 points and 3.2 rebounds as a redshirt junior in 2017-18.  He averaged 11.2 points and 4.2 rebounds while gathering 54 steals – second most on the team — as a sophomore when he shot 50.7 percent from the field and helped Richmond advance to the NIT quarterfinals.  The 50.7 percent accuracy was the second-highest in the nation for a player at 6-0 or shorter with at least 200 field goal attempts.  Fore will be on campus when the next summer academic session begins in July.

A 6-0, 175-pound product of Huntsville, Ala., Fore totaled 919 career points and 209 assists in 99 games and 64 starting assignments at Richmond.  He scored in double figures on 36 occasions over his last two seasons with the Spiders, including a career-high 25 points against St. Bonaventure in the Atlantic-10 Tournament quarterfinals in the final game of his junior year.  He handed out a career-best 12 assists at Fordham as a junior and collected a high of four steals in four games.  He averaged the second-most minutes on the Richmond team each of the past two seasons and is noted for his high-flying, athletic dunks.

Fore (pronounced KWAHN FOUR) earned recognition on the Atlantic-10 All-Freshman team when played in all 32 games at Richmond as a redshirt freshman in 2015-16, averaging 6.5 points in an average of 20 minutes of action.  He attained a medical redshirt after injuring his foot after playing in just two games as a freshman in 2014-15.

Prior to his collegiate accomplishments, Fore averaged 17.2 points, 8.3 assists, 6.1 rebounds and 3.2 steals as a senior in leading Lee High School in Huntsville to 32-4 record and the Class 6A Northeast Region championship game.  He was a four-year starter at Lee and earned second team all-state honors in his final two seasons.  He helped Lee to the Alabama state championship as a freshman in 2011.  His mother Clarissia ran track at Emporia State.

Fore, who completed a bachelor’s degree in sociology from Richmond in May, chose to attend Louisville for graduate school and his final collegiate playing season after also considering Tennessee, Auburn and UAB.