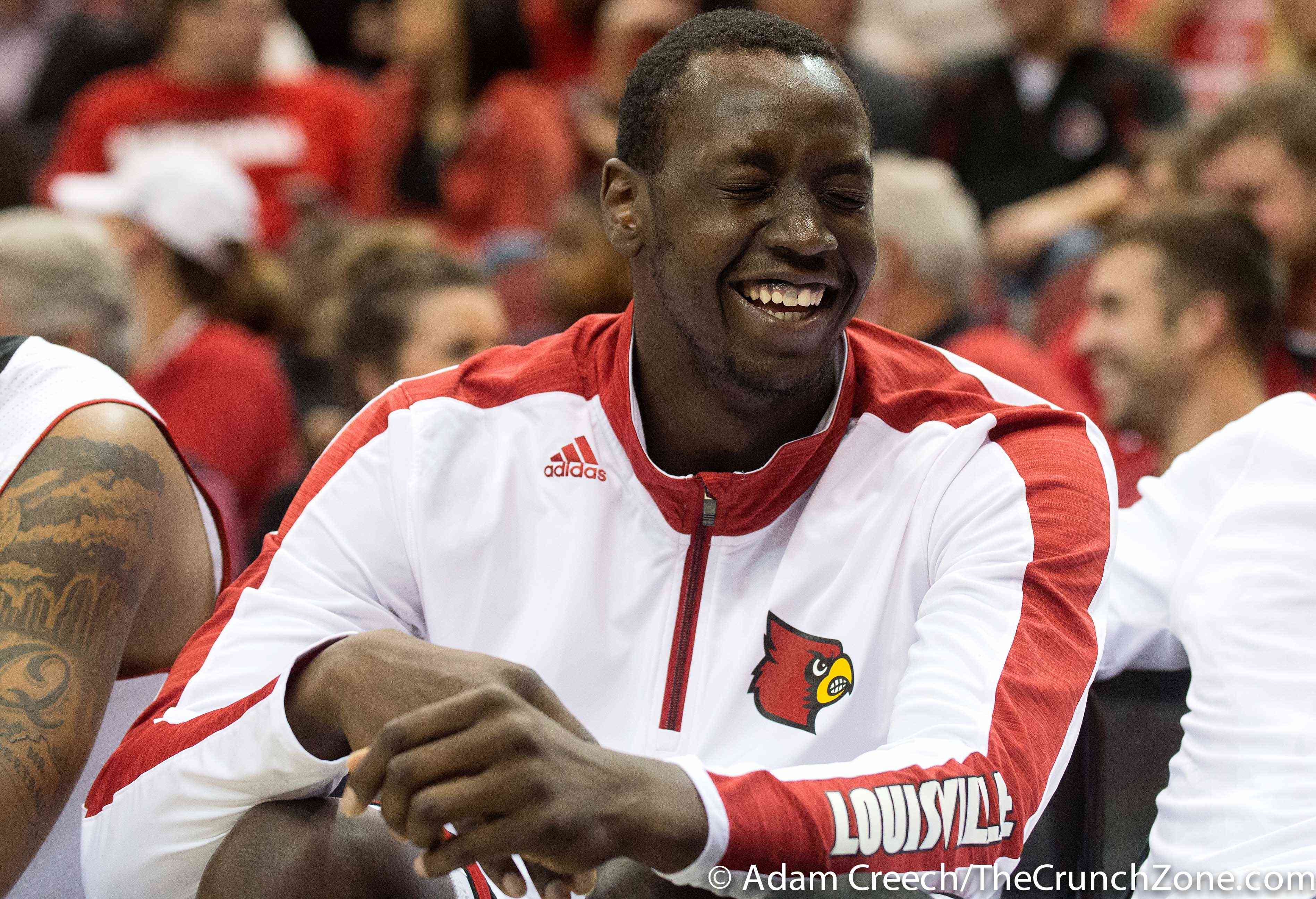 Akoy Agau, a 6-8, 235-pound forward who played his freshman year at the University of Louisville, has joined the Cardinals’ men’s basketball roster as a graduate transfer (probably a doctorate).

“Akoy is a welcome addition, once again, to the Louisville Cardinals,” said UofL Head Coach Chris Mack.  “Having been plagued with injuries throughout his career, it’s been an up and down career for Akoy. We are here to get him healthy and put the frustrations of the past in the past. As an experienced frontcourt player, Akoy brings a toughness and presence to our interior that’s needed. He can score with his back to the basket and can rebound it on both ends of the floor. Our staff is excited to get a guy anxious to break out and have a memorable senior season.”

Agau played his freshman year at Louisville in 2013-14, transferred to Georgetown in December of 2014 following the UofL fall semester, missed the entire 2015-16 season after suffering an injury in preseason, played 32 games for Georgetown in 2016-17, and played the 2017-18 season at SMU as a graduate transfer.

Agau has one season of competition available after obtaining waivers to participate and plans to work on a master’s degree in business.  An NCAA waiver was approved to extend his eligibility clock to a sixth year and he obtained a transfer residency waiver so he could play immediately, since he transferred twice previously.  He had two medical hardship waivers approved when he was undergraduate.  Agau will be on campus when the next summer academic session begins in July.

Last season, Agau (name pronounced uh-KOY uh-GOW; like cow with a “G”) averaged 5.0 points, 3.6 rebounds and shot 51.2 percent from the field while appearing in 27 games for SMU.  He started eight of the last nine games for the Mustangs and scored a career-high 21 points with three rebounds and three assists in the American Athletic Conference Tournament first round against Connecticut.

In his lone season at Georgetown, Agau averaged 4.5 points and 4.3 rebounds while playing in 32 games, including eight starting assignments.  He produced his first double-double with 12 points and a season-best 12 rebounds at Providence, and scored a season-high 14 points against Howard.  He graduated from Georgetown with a double major in English and anthropology.

As a freshman at UofL during the 2013-14 season, Aqau played in 19 games in a reserve role, including eight conference games, while averaging 0.9 points and 1.1 rebounds.  He played in three games early in the 2014-15 season after recovering from a sports hernia in late July, and transferred to Georgetown following the 2014 fall semester.

In high school, Agau helped Omaha Central win four straight Nebraska Class A state championships, averaging 12.8 points and 6.1 rebounds and blocked 81 shots as a senior.  He produced a triple-double in the 2012 state title game against Omaha South as a junior with 16 points, 14 rebounds and 13 blocked shots.

Born in Juba, Sudan, Agau moved to Cairo, Egypt as a child before coming to the United States in 2002.  He was the first Class A player in Nebraska history to start for four state title teams.  A three-time all-state selection, Agau averaged 11.6 points and 6.8 rebounds and blocked 92 shots as a junior.

Agau, who has a 7-4 wingspan and can speak three languages (Dinka, Arabic and English), also played tight end and defensive end at Omaha Central and participated on the track and field team there in the high jump, triple jump and long jump events.  He is the oldest of six children in his family.