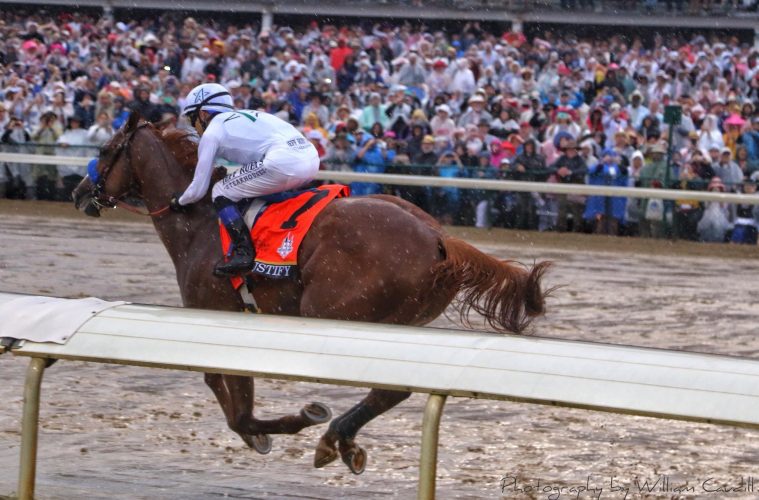 Game Winner is a Candy Ride colt trained by Bob Baffert, will be ridden by Joel Rosario and owned by Gary & Mary West.

Again, everyone knows Bob Baffert’s reputation. He’s won 5 Kentucky Derby’s, 7 Preakness Stakes, and 3 Belmonts…… and 2 Triple Crowns…… and 10 Breeders’ Cup Races….. and 3 Dubai World Cups. He’s in the Hall of Fame and will go down in history of one of the world’s best all-time trainers. Enough said.

Joel Rosario has been one of the top riders in the world since 2009 routinely in the Top 10 every year during that time span. Rosario won the 2013 Kentucky Derby aboard Orb and also won the 2014 Belmont on Tonalist. He can also claim 6 Breeders’ Cup win including 3 from this past November at Churchill Downs (Juvenile on Game Winner, Juvenile Fillies on Jaywalk, and the Classic on Accelerate). Rosario gets fantastic mounts and typically gives them a solid ride.

Gary & Mary West also own Maximum Security in the 2019 Kentucky Derby and are pillars in the horse racing industry. The billionaire couple are racing enthusiasts and its easy to find one of their runners at tracks across the country. New Year’s Day won the 2013 Breeders’ Cup Juvenile. The West’s have multiple Grade I wins and have been involved with (or currently still are) West Coast, Actress, Family Tree, American Freedom, West Coast Belle, Room Service among others.

Well I love Game Winner. Full disclosure I spoke with Bob Baffert prior to the Breeders’ Cup Juvenile regarding this colt inside the Kentucky Derby Museum and I’m rooting for Game Winner as a result of that conversation. His Equibase speed figures are fantastic (94, 100, 111, 100, 110, 106), he has fantastic connections and has already won at Churchill Downs.

So now for the excuses. Game Winner did not break well in the Rebel Stakes after a 5 month layoff and had a wide move and nearly ran down Omaha Beach. The Santa Anita Derby was a better break, but instead of being mid-pack and settled in nicely Rosario decided to go 4-wide around the entire track (I guess the 210 had traffic?) and Roadster was able to come from well back to run down Game Winner.

To me it appeared that Rosario made some riding errors in the Santa Anita Derby. At Oaklawn I can excuse the poor break and if he had a little bit more track it appeared that Game Winner would have caught Omaha Beach….. Rosario can’t expect to press the pace, be 4-5 wide and move that early and expect Game Winner to have anything left for him in the stretch. It’s great to have confidence in your horse, but that was a miscalculation. Rosario took criticism after his ride on Hidden Scroll & Jaywalk on the same day with what can only be described as a clunker of a day for the rider.

My Final Take on Game Winner

He’s my pick to win the 145th Kentucky Derby. Game Winner has the speed and class to get the job done at the longest distance these horses have ever run. Game Winner is a fighter and while the two second place finishes are concerning he was in a fight in both and had excuses. I do expect for Joel Rosario to adjust and rate this horse some in the Derby so he doesn’t end up on Central Ave on the far turn and expect to be in the race… confidence is great, but eventually the rider has to angle and ride to win. It’s the Kentucky Derby sometimes you’ve got to have much more than the best horse. But I do believe Game Winner is the best horse in the field and I’ll put him above all others Saturday.