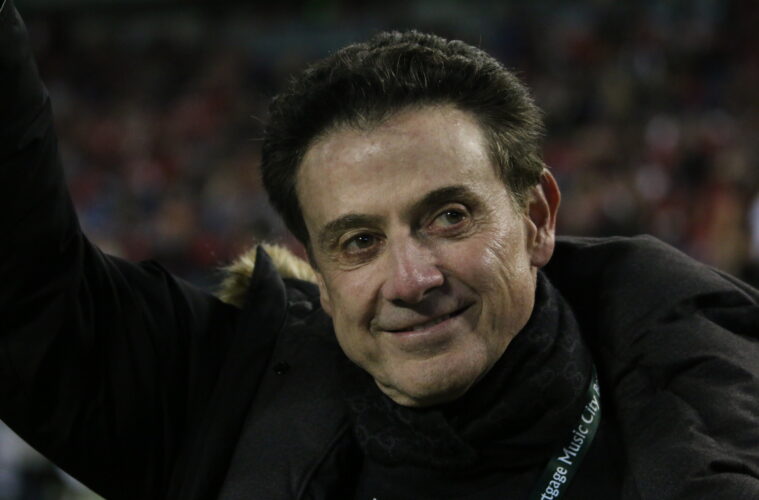 University of Louisville men’s basketball coach Rick Pitino has spoken often about the character of his current team and they have proven successful on the court as well.  Figures from the 2015 UofL fall semester also show that the 20th-ranked Cardinals have also achieved success academically.

The Cardinals collectively produced a 3.36 grade points average for the 2015 fall semester, with 13 of 15 student-athletes earning a 3.0 or better GPA.  Seven achieved a 3.4 or higher GPA.  The men’s basketball team has been around a collective 3.0 GPA for 15 consecutive semesters.

The academic success continues a recent trend for the UofL men’s basketball team.  For the  2014-15 school year, the team produced a collective 3.26 grade point average, just below its record 3.40 GPA from the previous season.   Louisville placed a league-high seven individuals on the 21-member 2015 ACC All-Academic Team.

Louisville has received NCAA Public Recognition Awards the last two years for ranking among the top 10 percent in men’s basketball in the Academic Progress Rate, which measures academic eligibility, retention and graduation for student-athletes. The Cardinals had a perfect 1000 APR in the most recent four-year period, all while winning a combined 121 games — the second-most in the nation in that stretch — and the Cardinals won the 2013 NCAA Championship and reached the 2012 Final Four.

The University of Louisville football team closed the season on a roll with a 27-21 victory over Texas A&M in the Music City Bowl, but more importantly, it ended the academic year with impressive numbers in the classroom.

A total of 41 players on the 2015 squad earned a spot on Athletic Director’s Honor Roll, which acknowledges student-athletes who earned a 3.0 grade-point average or higher during the fall semester. Two players also achieved a perfect 4.0 GPA last semester.

Seventeen players who appeared in the Music City Bowl win over the Aggies had earned their degrees, with 12 of those student-athletes graduating in December prior to the post-season appearance.