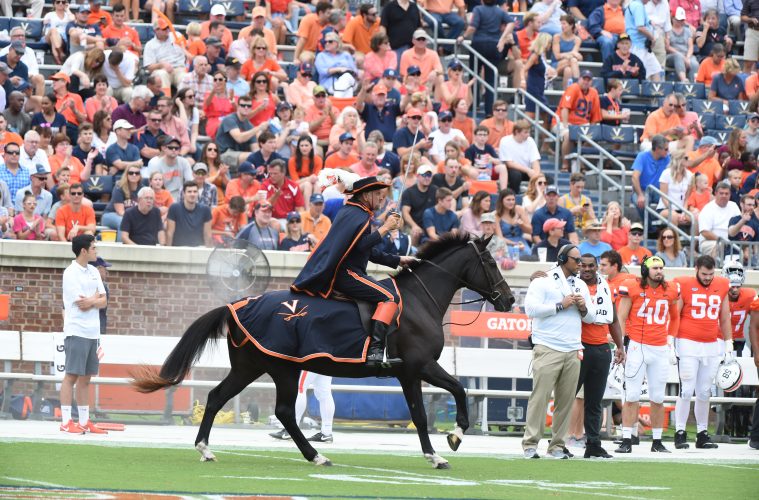 Dave Scull continues to rest up and we’ll keep the home fires burning, or leave the light on, or tie a yellow ribbon, or perhaps all symbolic tropes rolled into one. So get set for the abbreviated and direct five keys to victory against Virginia.

The Cards sit at 4-3 with a 2-2 conference record and with five games to go it’s hard not to feel like a bowl bid is well within reach. With the win at Wake Forest, the near win at Florida State, and a decent showing against Notre Dame, it’s also easy to see each of the next five games as winnable. The odds are against it, but it’s not out of the realm of discussion for Louisville to finish 9-3. I know, it sounds insane. But it’s legitimately reasonable. But first, the Cavaliers!

1) So You Think You’re Special

Joe Reed is something special for the Cavaliers. 39.4 yards average kickoff return with one touchdown this season and five career total. If you kick the ball to him, it’s coming out pretty far. Fortunately the Hoos offense hasn’t been able to capitalize all that much. But any chance you have of kicking it through the end zone is recommended. That’s going to be tough in the possible monsoon we’ll see Saturday, but perhaps that too will be a limiting factor for Reed. And it’s not like Louisville’s returners haven’t done their duty, but losing Hassan Hall will have an impact.

The Virginia offense consists of the following player/elements in this order:

Perkins is, by any standard, the consummate dual-threat. You shut down the Virginia QB, you shut down the Hoos. And it’s not an overly difficult task to put pressure on Perkins, considering the Virginia offensive line is porous at best. The key will be locked in assignments and plugged gaps. Once again, the weather may play a large role in how each team’s attack plays out.

We absolutely have to see the best game yet from the offensive line. Virginia’s D-Line are monsters just waiting to gobble up QBs as snacks. Averaging four sacks per game and eight TFLs is certainly something to respect. Dwayne Ledford’s crew are going to need to do everything they can to give Evan or Micale the opportunity to set things up, as scrambling on wet turf might not be the best option.

4) The Law Firm Of Hawkins And Atwell

It’s going to be a sloppy one out there, so we’re going to need to see some keen performances from Javian Hawkins and Tutu Atwell. Javian’s proven more than capable of moving the ball in big chunks on the ground, while Tutu’s sweeps around the end have typically resulted in huge plays. If the Virginia defense is the Maginot Line, just go through Belgium. It seems to work.

Yes, holding on to the ball is always a key. But it’s going to be a wet one out there folks. Good hand-offs and secure ball handling are going to be extremely important, especially given the Virginia defense’s return ability. And despite losing Bryce Hall in the secondary, the Cavaliers still have a powerful safety-corner combo that absolutely will pick you off. Keep a tight hold on things, and the outcome for the Cardinals looks good.