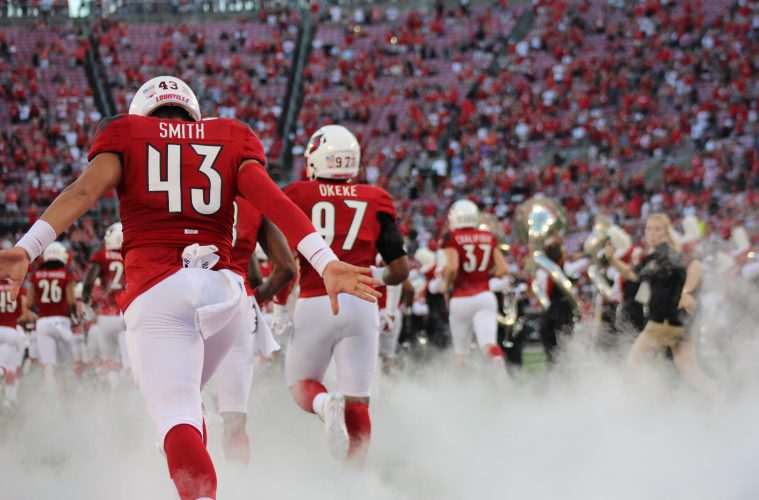 The Atlantic Coast Conference and its television partners announced the kickoff times and networks for all ACC controlled contests during the first three weeks of the 2019 football season Thursday.
Also included are the times and networks for the Thursday and Friday night contests throughout the 2019 season. Today’s release comes on the heels of Wednesday’s announcement of 14 games on the new ACC Network, which launches Aug. 22.

“We’re pleased with the opportunities our schools have to nationally showcase their programs on both linear networks and digital platforms,” said ACC Commissioner John Swofford. “ACC Football is enjoying a period of unequaled success and the collective accomplishments of our 14 football programs are a tribute to the leadership of our student-athletes, coaches and administrators.”

Among the games announced today are two primetime matchups on the opening weekend of the season. Florida State and Boise State will meet in Jacksonville on Saturday, Aug. 31 at 7 p.m. on ESPN. Two days later on Labor Day Monday, Notre Dame plays at Louisville at 8 p.m. on ESPN.

In the second week of the season, defending national champion Clemson plays host to Texas A&M at 3:30 p.m. on ABC. Both teams are in ESPN.com’s 2019 Way Too Early Top 10. Last year, Clemson knocked off the Aggies 28-26 in College Station during its 15-0 championship campaign.

That same week, Wake Forest’s non-conference contest vs. North Carolina, which was originally scheduled for Thursday, Sept. 12, has been moved to Friday, Sept. 13 and will be televised at 6 p.m. on ESPN.
Neutral site and road crossover games in weeks 1-3 will be announced with the remainder of ESPN’s national schedule on Thursday, May 30.
Every ACC controlled football game will be broadcast on a television or digital network. ACC Network Extra is available on the ESPN app.