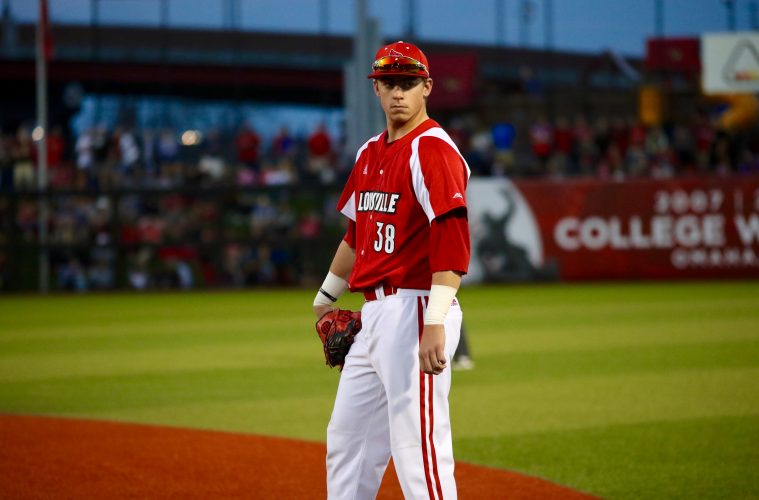 McKay, who shared this year’s honor with Mississippi State first baseman Brent Rooker, becomes the first Louisville baseball player to earn a national player of the year award. The Darlington, Pennsylvania native was also a First Team All-American selection as a utility player. Today’s announcement marked the first career All-America honors for both Ellis and Henzman.

Ellis leads the Cardinals with a .376 batting average to go with 17 home runs, 18 doubles, 53 RBI, .728 slugging percentage and .467 on-base percentage. The Jeffersonville, Indiana native has started all 57 games this season splitting his time between first base and third base. Ellis was an All-ACC First Team selection and was chosen as a semifinalist for the Golden Spikes Award and the Dick Howser Trophy. He was also selected as the National Player of the Month in April by the National Collegiate Baseball Writers Association after hitting .455 (30-for-66) in 19 games with five doubles, one triple and eight homers, 22 RBI and a .532 on-base percentage.

Henzman has provided the Cardinals with a reliable and dominant option in the closer role this season leading the nation with 16 saves to go with his 2-0 record, 1.41 ERA and 32 strikeouts in 32.0 innings pitched and 23 total relief appearances. Thirteen of the Lexington, Kentucky native’s 16 saves came against ACC foes, while opposing hitters are batting just .157 against him this season. The 16 saves for Henzman rank as the third most in a season by a Louisville player, while his 19 career saves are also third all-time.