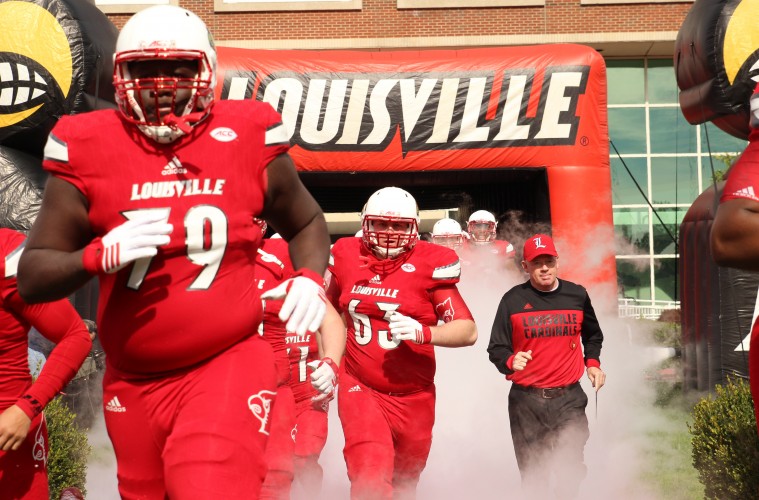 Earlier today, German offensive tackle Gerrik Vollmer announced his commitment to Louisville as reported HERE. The commitment came out of nowhere for some, but one source close to the situation said the staff had an eye on him for a while but needed to see him in person. When Vollmer camped at Louisville the staff “loved” him. The source went on to say that Vollmer could be “big time” at Louisville.

So what stood out to the staff according to Vollmer himself? “My speed and that I’m very coachable” Vollmer said.

“Louisville impressed so much when I was there for the camp and the coaches liked me and that was the point when I knew this is the right place” Vollmer said regarding the reason he committed to Louisville.

The 6’5″ 280lb lineman, who was recruited by Louisville grad assistant JB Lageman, doesn’t hold any other offers besides Louisville but has been receiving interest from Boston College, Uconn, and Umass.

Nice sized frame, strength, athleticism, and toughness are a few attributes that can be seen when watching Gerrik Vollmer’s highlight tape. Seemingly every play he is taking his assigned man and discarding them completely out of the picture. While some of the current offensive lineman commits in the 2017 class may not have the world’s highest star rating they are a solid group with a ton of potential and Vollmer fits perfectly in this category.

Here is a quick example of Vollmer driving his man downfield with ease: