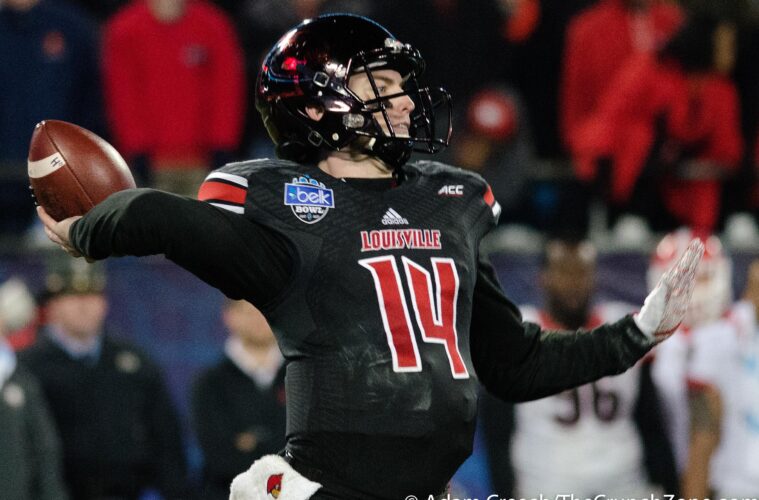 On Monday evening we spoke to a few bowl officials and with the information coming out of the weekend I wanted to update folks on what is expected to happen throughout the league and how that will affect UofL.

The bowl officials I spoke with passed along that every contingency they are looking at presently assumes that Clemson will beat North Carolina in Charlotte.  If UNC does beat Clemson then there are emergency sessions expected early on Sunday morning to sort out who may go where as the ACC would get Clemson, UNC, FSU, and Notre Dame all in the New Year’s 6.

For now the bowls seem to be operating with the idea that Clemson will win the ACC Championship and play in the College Football Playoff.

My sources say that the Pinstripe Bowl has zeroed in on Pittsburgh and to expect the Panthers to be in New York City on 12/26 vs. a Big Ten school.  Pitt is close in proximity and the bowl feels that the time of the game makes the game reasonable to attend for Pitt fans.

There was some discussion of Miami in this game due to its large alumni base in New York City, but the bowl seems satisfied with Pitt even in the case of UNC beating Clemson.  Miami would then take the Russell Athletic spot.

Miami & the Sun Bowl is Likely

The Sun Bowl has never measured its bowl success on tickets sold in El Paso, TX and Miami doesn’t sell a lot of tickets very far away from Miami…or even in Miami.  Because of this the expectation currently is that the Hurricanes will end up in El Paso if Clemson beats North Carolina and if UNC beats Clemson the Miami would go Russell Athletic in Orlando.

The Sun Bowl’s arrangement with CBS relies heavily on television ratings to drive success of the bowl which would immediately follow the Louisville vs. Kentucky basketball game.

The Frank Beamer effect is real.  According to our sources several Tier 1 bowls have inquired about Virginia Tech (including the Pinstripe) expressing interest in Beamer’s final game.  One source told us that Virginia Tech AD Whit Babcock is allowing Frank Beamer to select from the interested bowls and that the consensus right now is the Belk Bowl in Charlotte.

There isn’t a firm understanding of which bowl Duke or NC State will go to, BUT our sources tell us that it could go either on Military & Independence for the Wolfpack and Blue Devils.

Where Does That Leave the Cards?

Our source says “it looks good” for Louisville to the Music City Bowl or the TaxSlayer Gator Bowl.  When I asked about the TaxSlayer selecting Miami potentially, the bowl official said it was ‘possible’ but that it was more likely that the TaxSlayer would go Big 10 and would be “OK” with having to select ACC teams in 3 of the next 4 Tax Slayer Gator Bowls because it is rare that Clemson, FSU, and Notre Dame will all 3 be in the New Year’s 6.

That scenario puts Louisville in Nashville vs. a school from the SEC on 12/30 at 7:00 p.m. EST and would make a University of Louisville fanbase extremely happy.