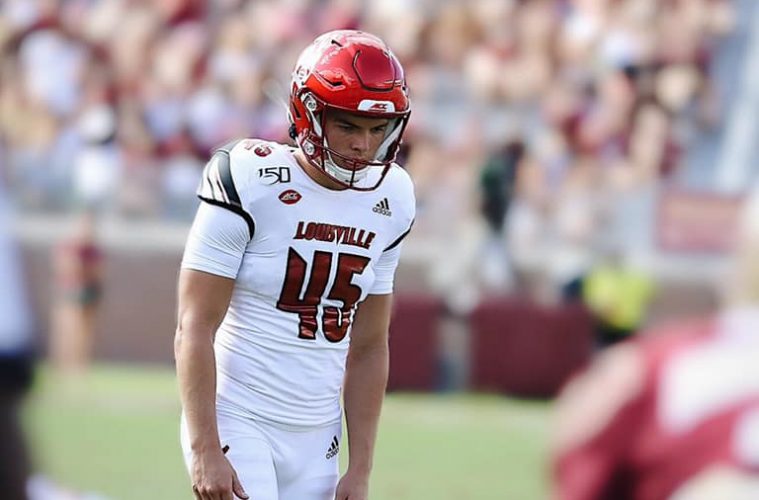 University of Louisville placekicker Blanton Creque will miss the remainder of the season after suffering a torn ACL (anterior cruciate ligament) in the Cardinals’ 28-21 win over Virginia last Saturday.

The native of Shelbyville, Ky., suffered an injury to his left knee after attempting to make a tackle late in game versus the Cavaliers, and will have surgery in the next couple of weeks.

He finished the 2019 season with a team-high 57 points after hitting on 8-of-11 field goal attempts and was a perfect 33-for-33 on extra-point attempts.

A four-year starter, Creque finishes his career as the most accurate kicker in school history, connecting on 51-of-62 attempts (82.3). His 51 field goals made are the third-most in school history.

The former Collins High product ends his career with 310 points, which ranks third in school history.

Creque owns two game-winning field goals in his career, including a 41-yarder with 1:02 remaining to defeat Boston College 41-39 on Oct. 5.