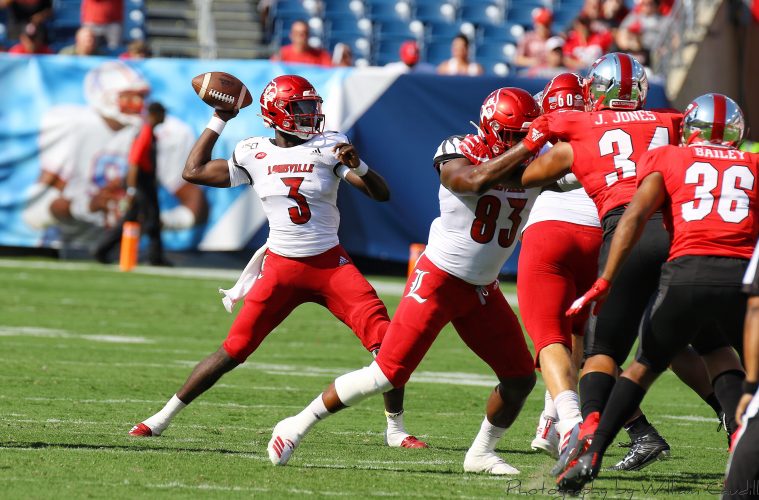 The game times and television networks airing five University of Louisville football games were announced by the Atlantic Coast Conference office Tuesday afternoon. The Cardinals are scheduled to be featured on national television four times, including the league opener against Miami on Saturday, Sept. 19, which will be aired on ABC.

Louisville and Western Kentucky will open the season at Cardinal Stadium on Sept. 12 at 8 p.m. on the ACC Network. Louisville begins ACC action the following week versus Miami, which is slated to be aired at either 3:30 p.m. or 7:30 p.m. A final decision will be made following the season-opening contests on Sept. 12.

The Cardinals are slated to be featured on a pair of ESPN Friday night telecasts this season, traveling to Georgia Tech on Oct. 9 for a 7 p.m. contest and hosting Syracuse on Nov. 20 for a 7:30 p.m. contest.