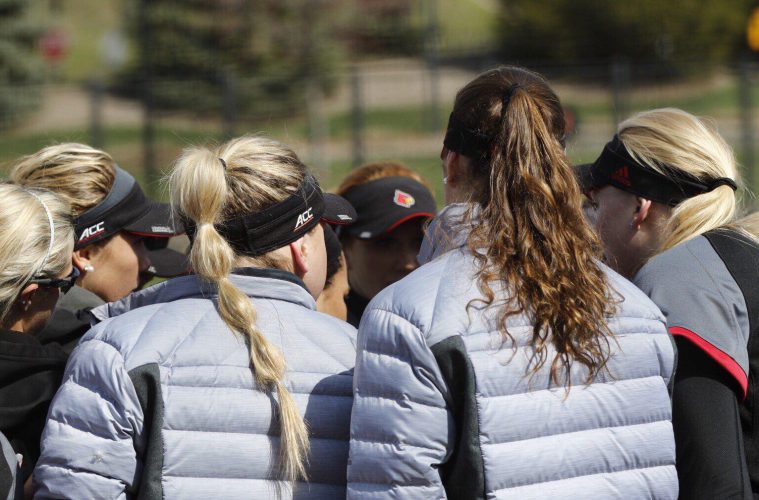 FREE TO ATTEND, BEER FOR SALE, DOGS ALLOWED ON THE BERM

• Louisville brings a 19-8 record into the game after defeating Syracuse 7-4 in the only game of a weather-impacted ACC series which saw the cancelation of games two and three.
• UofL is currently second in the ACC standings with a 4-0 league record – behind No. 1/3 Florida State (28-1-1, 9-0).
• Prior to the weekend road trip to Syracuse, the Cards finished a 12-game home stand with a 10-2 record at Ulmer Stadium.

• Louisville is receiving votes in the ESPN.com/USA Softball Coaches poll.

Scouting the Hoosiers: Indiana enters the game with a 16-15 overall record and a 1-3 mark in away games. The Hoosiers are coming off of a 2-1 showing against Rutgers in their first conference series of the season.

• The Hoosiers are led at the plate by Aimilia McDonough who boasts a .382 batting average with two homers and nine RBIs. Rebecca Blitz leads the team in hits with 33 and has also added nine RBIs of her own, while Taylor Uden is tops on the team in RBIs with 25 and homeruns with four. • Tara Trainer leads the team in the circle with an 8-8 record with 117 strikeouts and a 3.16 ERA in 97.1 innings of work. Emily Goodin (8-4) carries a 3.58 ERA with 56 Ks in 76.1 innings.