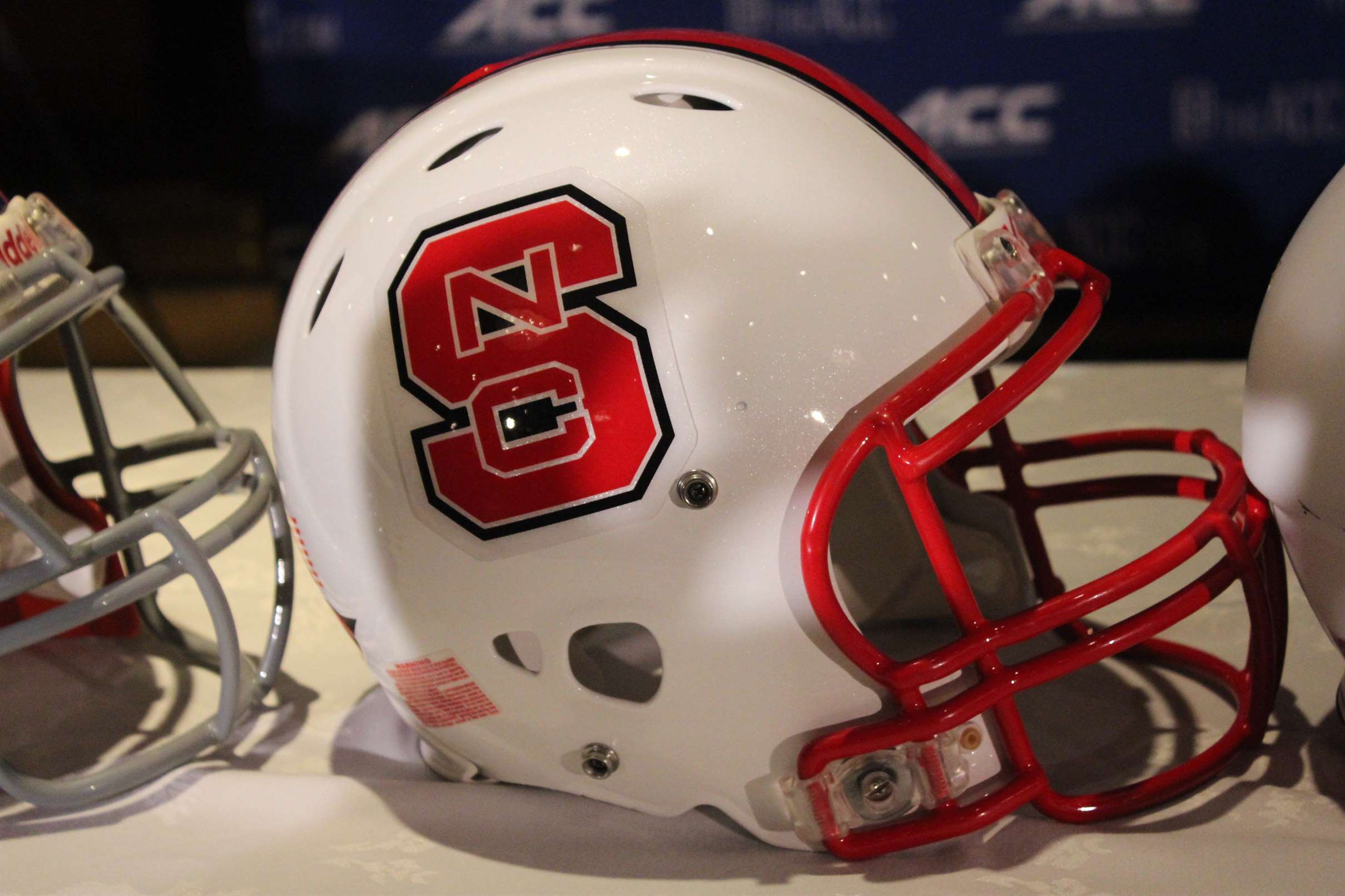 If you are traveling to Raleigh this weekend for Louisville vs. NC State there are a few traditions to be aware of, like other schools in the ACC. Being a new member of the league means that there is a lot to discover and while the Cards did play at Carter-Finley Stadium in 2007, not being league mates may have kept Card fans from absorbing all of the things that make the Wolfpack.

North Carolina State’s teams are nicknamed the Wolfpack. Fans form their ring and middle fingers downward against their thumb while extending their pinky and index fingers up to form the head of a Wolf. The nickname comes from 1921 when a supporter of the football team was upset with it’s players and described the gridiron’s participants as “an unruly pack of Wolves”. NC State’s mascot is shared by Mr. & Mrs. Wuf who were actually married in 1981 by Wake Forest’s Demon Deacon who presided over the wedding.

The Wolfpack also has a “LIVE” mascot named “Tuffy” who is a purebred Tamaskan Dog. The name ‘Wolfpack’ went through some trouble during World War II due to the German’s U-Boat fleet being commonly referred to as “The Wolfpack” and a vote was held to change the nickname…which the student body rejected.

While visiting NC State be prepared to see A TON of bricks. Several buildings, sculptures and walkways are constructed with bricks and there are many urban legends regarding why North Carolina State utilizes so many bricks on campus. The most popular legend is that a particular alumnus donates a generous sum along with a specified number of bricks that must be used…or the donations will cease.

The truth is that most of the bricks were made by inmates at a state prison which gave the school an inexpensive way to create a consistent look & feel throughout campus. Visit NC State and the usage of bricks will not go unnoticed.

NC State has some delicious ice cream cultivated from the milk of the school’s own dairy cows. There are 18 flavors.

North Carolina State has a tunnel on campus that splits the campus into two sections (like Louisville) underneath railroad tracks. The tunnel is continually painted and repainted with messages ranging from the inane, school spirit, and political.

Nothing gets us more excited at TheCrunchZone.com than the traditions of college football.  So if we’ve missed anything that NC State does or has that would be considered a ‘tradition’ we’d love to hear about it and add it to our list of things to do this Saturday.  See you at Carter-Finley.