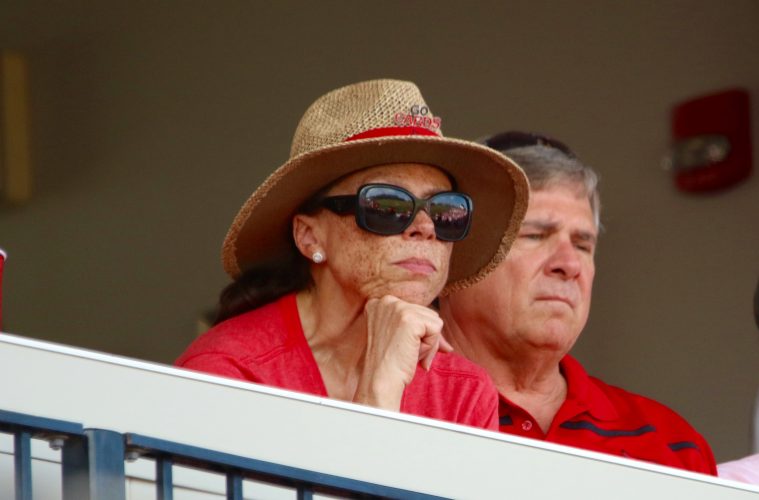 With the spotlight of a national audience focused on a showdown between two top-ranked teams, the University of Louisville will honor the legacy of boxing legend Muhammad Ali during Saturday’s noon kickoff at Papa John’s Cardinal Stadium.

During the course of Saturday’s nationally televised match-up between No. 2 Florida State and No. 10 Louisville, the Cardinals will conduct a number of special presentations to remember “The Greatest of All Time” (GOAT), who passed away on June 3 after a 32-year battle with Parkinson’s disease.

The legendary figure, who was born in Louisville, Ky., was a three-time World Heavyweight Champion and Olympic gold medalist boxer, as well as a social activist and philanthropist.

“The Ali Family has been tremendous supporters of our program,” Vice-President/Director of Athletics Tom Jurich said. “Muhammad Ali’s presence and generosity to our department will never be forgotten and the support Lonnie and her family have given in all aspects have meant a lot to me during the course of my career at the University of Louisville. They are treasured in our community and we wanted to properly thank them for everything they’ve meant to the city and the university.”

With Muhammad’s wife Lonnie and son Asaad scheduled to be in attendance at the crucial ACC contest, a 30-foot painting of Muhammad’s signature butterfly with the words Ali displayed in the middle will sit in the northwest corner of the end zone at Papa John’s Cardinal Stadium.

Members of the Louisville football team will wear a customized helmet sticker with the same mark that is displayed in the end zone, while a commemorative coin, featuring team logos on one side and the butterfly logo on the other, will be presented to both teams by Asaad during the pregame coin toss.

The UofL student section will pay homage to “The Champ” as more than 3,000 specially-designed Ali T-shirts will be distributed for students to wear during the game.

During the first quarter, an on-field presentation will honor Lonnie for her work for the ALI IN ALL OF US initiative.  The first element of this initiative is the ALI 75 Service campaign that encourages people around the world to give 75 hours of service in honor of Muhammad Ali’s lifetime of humanitarian efforts.

Special video tributes and highlights of Ali’s life and career will also be featured throughout the course of the game.