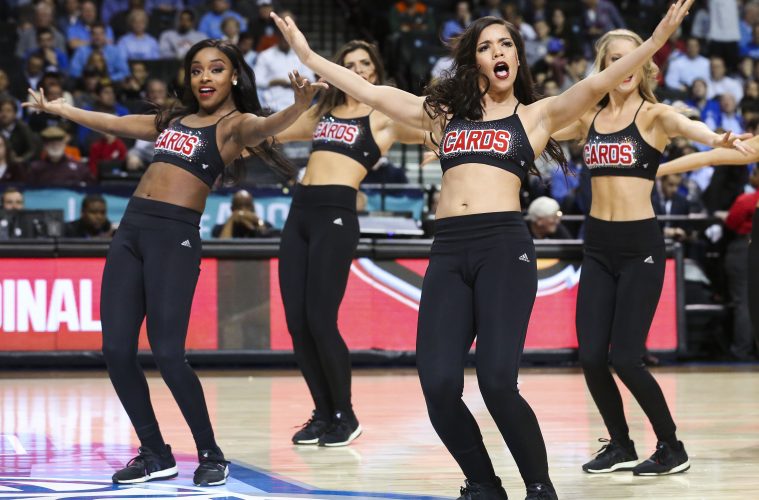 The University of Louisville men’s basketball team will face Tennessee in the NIT Season Tip-Off on Wednesday, Nov. 21 at 5 p.m. at the Barclays Center in Brooklyn, N.Y.

Kansas will play Marquette in the second game of the doubleheader televised on ESPN2.  Two days later on Nov. 23, the third-place game will be played at 7 p.m. at the Barclays Center, followed in the Friday doubleheader by the championship game, both on ESPN2.

The Volunteers return all five starters from their 26-9 team from a year ago that won the SEC regular season and tournament championships and earned a No. 3 seed in the NCAA Tournament.  It was the third-most wins in program history for Coach Rick Barnes, who was runner-up for Naismith National Coach of the Year.  Forward Grant Williams was honored as the 2018 SEC Player of the Year after averaging 15.2 points and 6.0 rebounds.

Louisville has a 12-7 all-time record against Tennessee, winning the last five matchups and 12 of the last 13.  The Cardinals prevailed 79-60 in the last meeting, beating the No. 5 ranked and No. 2-seeded Volunteers in the NCAA East Region semifinals on March 27, 2008 in Charlotte, N.C.  Earl Clark totaled 17 points and 12 rebounds to lead five Cardinals in double figures in that game.  UofL swept a four-game series between 2001-05 in the last times the teams played during the regular season.

Awaiting the Cardinals in the second game will be either Kansas or Marquette on Nov. 23.  Last season, Kansas posted a 31-8 record, won the Big 12 regular season and tournament championships, earned a No. 1 seed in the NCAA Tournament and advanced to the NCAA Final Four before falling to eventual national champion Villanova.  Marquette returns nine letterwinners and four starters from its 21-14 team which advanced to the quarterfinals of the National Invitation Tournament.

The NIT Season Tip-Off also includes non-bracketed home games for the Cardinals in the KFC Yum! Center against Southern on Nov. 13 and Vermont on Nov. 16.

Louisville will be entering a new era this season under the direction of first-year head coach Chris Mack, who guided Xavier to a 215-97 record and eight NCAA Tournament appearances in nine seasons with the Musketeers. Last season, the Cardinals posted a 22-14 record and reached the quarterfinals of the National Invitation Tournament. Louisville is one of just three Power 5 schools that have received an Academic Performance Rate Public Recognition Award in each of the last six years, including posting a perfect score four of the last five years.

Tickets for the NIT Season Tip-Off at Barclays Center are on sale through Ticketmaster by visitingwww.barclayscenter.com or www.ticketmaster.com, or by calling 800-745-3000.  Group tickets are available by calling 855-GROUP-BK.  UofL season ticket holders will receive information soon on how to purchase seats in the Cardinals’ area of the arena.