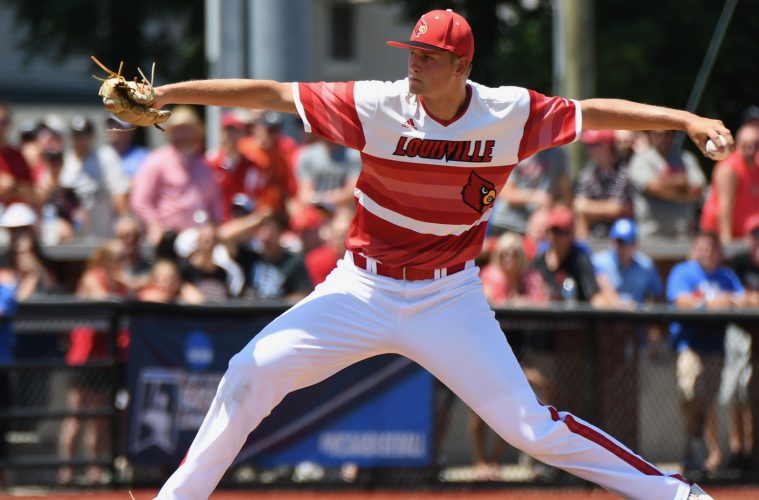 Following its seventh straight NCAA Regional championship appearance, the University of Louisville baseball program transitioned its focus to the 2019 season with the announcement of the team’s summer baseball assignments.

The Cardinals have 23 underclassmen assigned to seven different wooden bat leagues this summer, including 12 in the Cape Cod League, which begins June 12. That group will include infielder Tyler Fitzgerald, righthanded pitcher Bryan Hoeing, righty Michael McAvene and outfielder Danny Oriente with the Bourne Braves. Third baseman Justin Lavey, righthander Shay Smiddy and first baseman Logan Wyatt will be with the Orleans Firebirds, while lefthander Reid Detmers and righty Bobby Miller are assigned to the Brewster Whitecaps. Lefthander Michael Kirian and outfielder Jake Snider are with the Chatham Anglers and lefty pitcher and outfielder Adam Elliott is with the Hyannis Harbor Hawks.

A trio of Cardinals are playing in the Northwoods League, which kicked off on May 29. Outfielder Drew Campbell will play for the Madison Mallards, outfielder Trey Leonard is with the Waterloo Bucks an outfielder Ethan Stringer is playing for the Wisconsin Rapids Rafters.

Catcher Zach Britton and lefthanded pitcher Gavin Sullivan are assigned to the Newport Gulls in the New England League, which opened on June 5. Catcher Ben Bianco and righthander Stewart Currie are with the Danville Dans in the Prospect League, which started on May 30. Utility player Lucas Dunn and infielder Cameron Masterman are with the Albany Dutchmen in the Perfect Game League, which commenced on June 1. Righthander Austin Dickey is with the Morehead City Marlins in the Coastal Plain League (May 26 start) and lefty Brody Heil is with the Lake Erie Monarchs in the Great Lakes League (June 5).

Following the completion of the collegiate summer season, Louisville players will return to campus for the fall semester in late August to continue preparations for 2019. The Cardinals closed the 2018 season with a l45-19 record following a loss at No. 9 Texas Tech in the championship round of the NCAA Lubbock Regional.