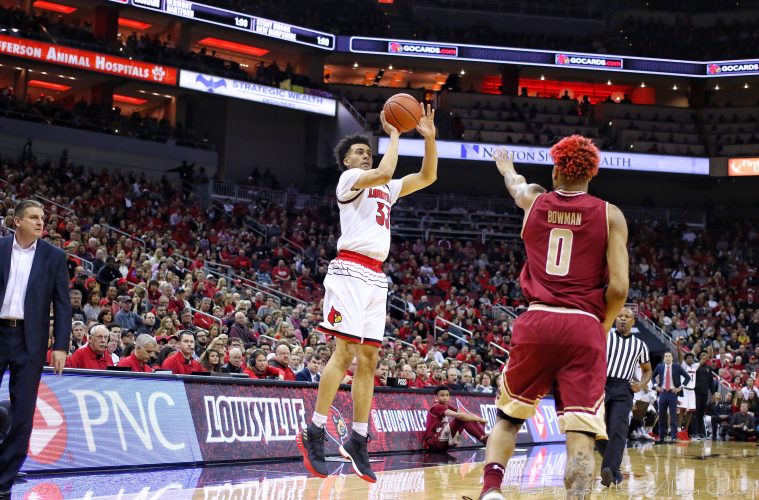 Nwora (pronounced WORE-uh) averaged 12.0 points, 3.3 rebounds, shot 59.1 percent from the field and made 7-of-11 three-pointers (.636) as the Cardinals won two of three games last week, playing an average of 16 minutes per game.

The 6-8 forward from Buffalo, New York, scored a team-high 16 points with four rebounds and a season-high four steals as Louisville prevailed over Georgia Tech. He made a season-high 5-of-7 three-pointers against the Yellow Jackets.  Nwora followed with his eighth double-figure scoring effort of the year with 13 points, six rebounds and two assists while connecting on 5-of-6 field goals as part of a balanced scoring attack as the Cardinals won at Pittsburgh.

Boston College’s Jerome Robinson, who averaged 37.5 points and 3.0 rebounds in a pair of games, was selected as the ACC Player of the Week. ACC basketball weekly honors are determined by a vote of a 15-member media panel. Robinson and Nwora were both recognized for the first time this season.

Louisville will return to action on Feb. 17 when the Cardinals face No. 14 North Carolina at 8 p.m. ET in the KFC Yum! Center.  The game has been promoted as a “White Out,” with fans encouraged to wear white attire to the game.