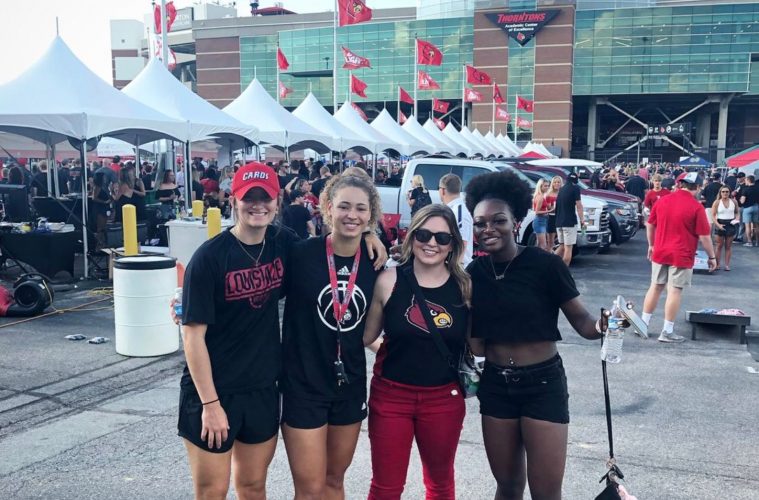 in the photo: Dana Evans, Mykasa Robinson & Lindsey Duvall out at Cardinal Stadium Monday night for Cards vs Notre Dame.

Bionca Dunham, Dana Evans, Jaz Jones, Lindsey, ‘Kasa, team staff, families and friends looked like a great tailgate. The team could be seen Monday day/night on Cardinal Ave dancing to the music as fans entered the stadium. And if you stopped to give a shout out or talk about the upcoming season they would share your enthusiasm for it, as well.

Well, it’s September and we’re about two months shy of the upcoming season, ESPN released their early thoughts on the squad.

Rounding out the Top 10

Read the rest below..