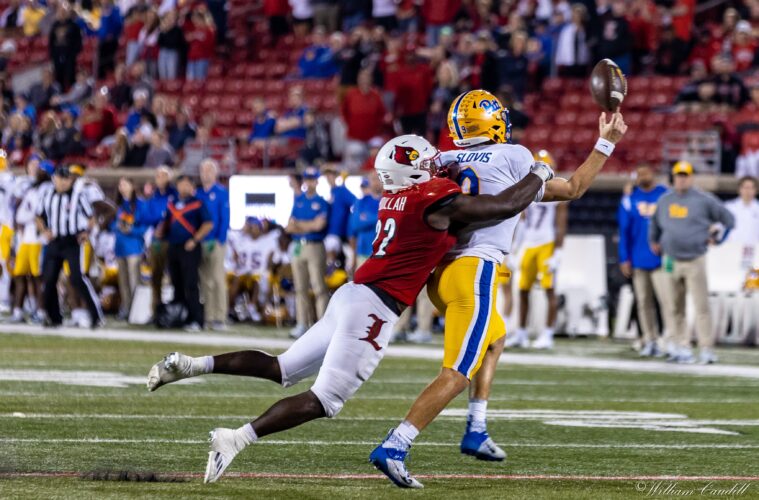 University of Louisville linebacker Yasir Abdullah was named the Atlantic Coast Conference Linebacker of the Week, the league announced Monday.

The Miami Fla., native was dominant in Louisville’s 24-10 win over Pitt last Saturday at Cardinal Stadium. Abdullah was credited with seven tackles, two tackles for loss, an interception and a forced fumble as the Cardinals limited the Panthers to 326 yards of total offense. Abdullah sealed the game when he forced a fumble on a sack that resulted in a 59-yard fumble return for a touchdown by Kei’Trel Clark to give the Cards a 24-10 lead.

Abdullah recorded his team tying second interception and the third of his career that stopped a Pitt scoring drive. The 6-foot-1, 235-pound senior is second on the team with 8.0 tackles for loss and third with 3.5 sacks. Abdullah is tied for fourth with 36.5 tackles for loss in his career.

The Cardinals remain home this week to host No. 10 Wake Forest at 3:30 p.m. on the ACC Network.