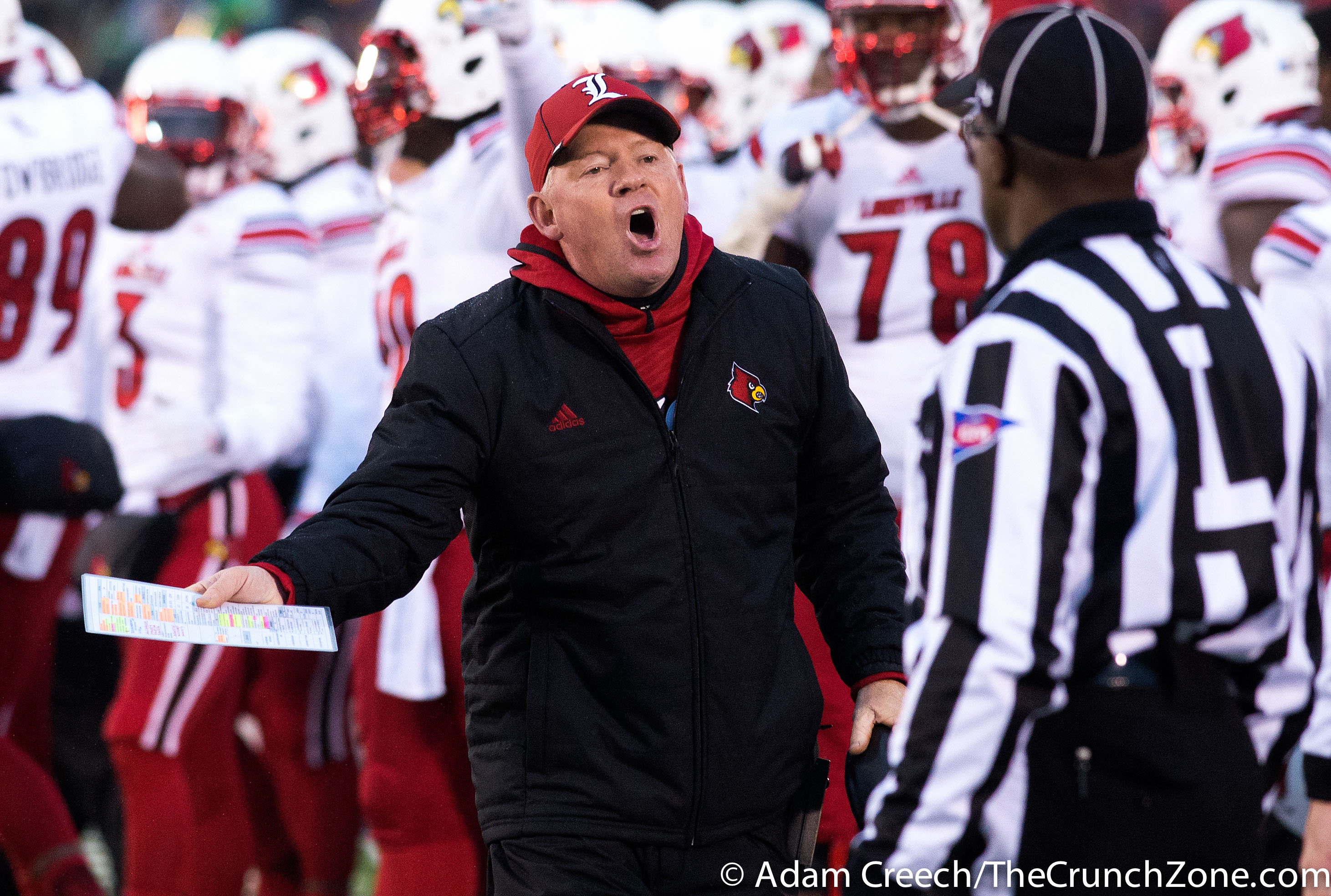 -Bobby Petrino would not reveal his choice at Quarterback for Louisville this week vs. the Samford Bulldogs (6:00 Saturday at PJCS).  The depth chart that was released on Monday afternoon listed both Kyle Bolin and Lamar Jackson as *OR* #1 QBs.  It’s a safe bet that both will play significant minutes vs. Samford, but who gets the start?  Petrino isn’t telling just yet.

-One great note was Petrino’s news that James Quick has successfully returned to the practice field on Tuesday after a Monday team run.  James is Louisville’s most experienced returning wide receiver from a year ago and was lost during the Auburn game.  Petrino also added that following Tuesday’s practice that Quick “Woke up this morning & felt good”.

The Cards have been without Alphonso Carter throughout Fall Camp and also without Jamari Staples who missed the season opener with a knee sprain.  Getting more experienced players into the mix will compliment a youthful unit looking for consistency.

-Also a note that is not from today’s teleconference but rather from yesterday’s media availability following practice was Garrick McGee’s assertion that the staff may get more game looks from Kiola Mahoni and Lukayus McNeil along the offensive line.  McNeil received some limited reps in replacement of Pedro Sibiea during the Clemson game and graded out well.