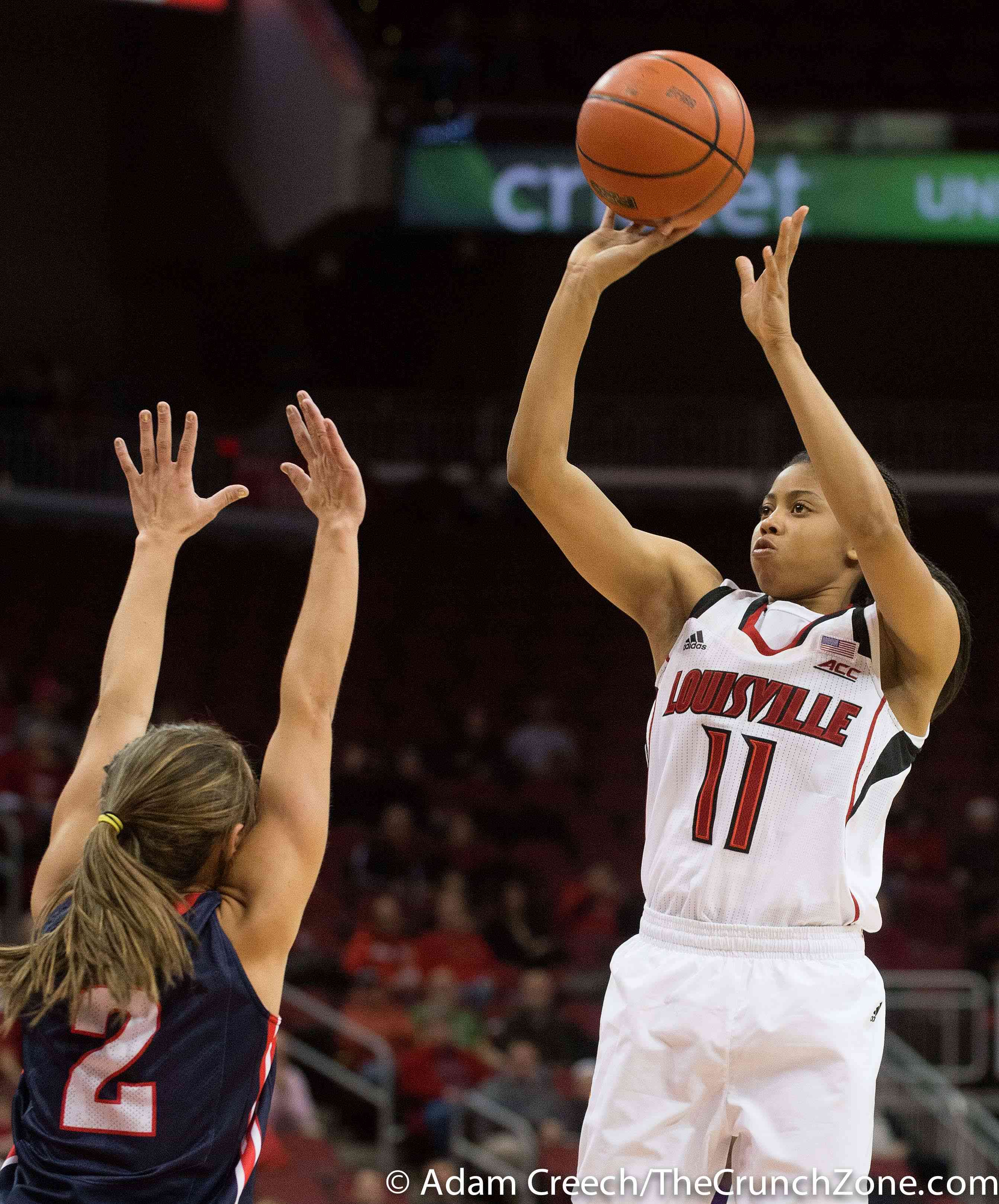 Women’s Basketball Back in Action TONIGHT vs. Dartmouth

The University of Louisville women’s basketball team is returning to the KFC Yum! Center nearly 48 hours after its exhilarating comeback victory, playing host to Dartmouth on Tuesday.

Fans are encouraged to show their holiday spirit and wear their ugly sweaters to the 7 p.m. contest.

The first meeting in series history between the two programs will air on CardsTV, and the radio broadcast will be available on WKRD 790 AM in Louisville, with Matt Andrews (play-by-play) and Adrienne Johnson (analyst) calling the action.

The Cardinals (4-5) rallied from 18 points down against IUPUI on Sunday, outscoring the Jaguars 42-15 in the final 16:45 to earn a 70-61 victory. Briahanna Jackson scored 21 of her game-high 23 points in the second half. Myisha Hines-Allen, who finished with her second career double-double of 22 points and 11 rebounds, had 12 points and eight rebounds over the final 20 minutes.

Cortnee Walton had seven points and 10 rebounds, and Mariya Moore chipped in 12 points and five assists.

Louisville outrebounded IUPUI 37-24, including 20-8 on the offensive end, and forced 22 turnovers.

On the year, Jackson is pacing the Cardinals in scoring at 15.0 points per game and has a team-leading 26 steals. Moore is third on the team at 14.1 points, with a team-high 35 steals.

In the low-scoring affair, neither team shot above 35 percent from the field. Dartmouth held a slight 36-35 edge on the glass and limited Hartford to 24.1 percent shooting.

Daisy Jordan paced the Big Green with 14 points on 5-of-8 shooting, while fellow starter Lakin Roland added 12 points and nine rebounds in the victory. Kate Letkewicz had seven rebounds.