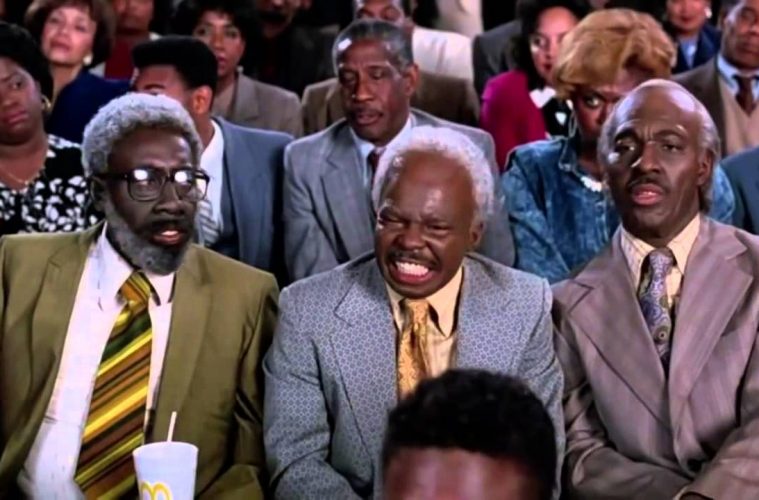 What’s good, people? I apologize but you’ve been tricked, bamboozled, hood-winked, had the rug yanked from beneath you. See how easy it was to get you to click that link without hesitation? We are all guilty of knee-jerk reactions to headlines, think of my 24 hour vent window after a loss. Instead of smashing that link and giving a known pot stirrer the attention, take a breath, and keep scrolling. Stop doing this to yourselves, you deserve better.

Again, I’m sorry for okey-doking you all but I’d be a liar if I said I didn’t expect this sadly to be my highest viewed post. Baseless takes are what’s in these days. We live in an era of “media coverage”, but what constitutes a media member? I mean, Mark blessed me with media credentials to cover two basketball games last week and let’s be honest; your boy TBG is not a member of the media. Journalism is dying, while catch-me-if-you-can commentary is thriving. Throw it against the wall and see if it sticks, and if it slides on down the wall then there will be an avalanche of replies to cherry pick from. Here’s the best part, they only reply if the author feels they can “win”. It’s punching down in its purest form. As a jerk I laugh at it but as someone seeking information I curse them for it. What I’m saying is stop giving hacks the attention they bank on from the readers. Not all trolls argue absurd premises for a response on the internet; some get paid by print media. Don’t feed the trolls.

This problem isn’t limited to just sports coverage either but that’s for another day and another website, I’ll keep my beef with news reporting strictly to sports today. So how did we go from thoughtful insight and in-depth reporting of facts? Well, I would say part is the fine folks in Bristol who have promoted a paradigm shift on television from unbiased reporting to contrarian fodder. I listen to plenty of shows on ESPN radio but you couldn’t bribe me to watch First Take, because their television programming (outside a handful of shows) has leaned towards what I imagine a WWF Youtube channel resembles. The other part is on us, the consumer. It wouldn’t thrive if there wasn’t a desire to argue, and if the goalposts get moved in order to support an argument, so be it. It’s like people who change their Twitter avi’s to reputable sources and tweet fake news, BOOM, thirty minutes later they have 30k retweets. It’s not just the writer who is more interested in being first over being correct, it’s also the consumer.

There are a lot of talented, charismatic, and witty writers out there. Find them, follow them closely, and interact with them instead of wasting your time arguing with someone who doesn’t even believe the nonsense they print. A man smarter than me once said “Hit ‘em in the mouth if you want to hurt ‘em. Hit ‘em in the wallet if you want to break ‘em”. The credible, hard-working writers need the support and loyalty desperately in a time people are moving away from paper and turning to their phones and tablets. Let the others bask in the darkness of their caves. Let them bust out the trusty Murder She Wrote typewriters and bang away into the void of their careers. I say all this because you deserve better from others as well as yourselves. Go Cards and Go Krogering, and I promise to never trick you fine folks again.