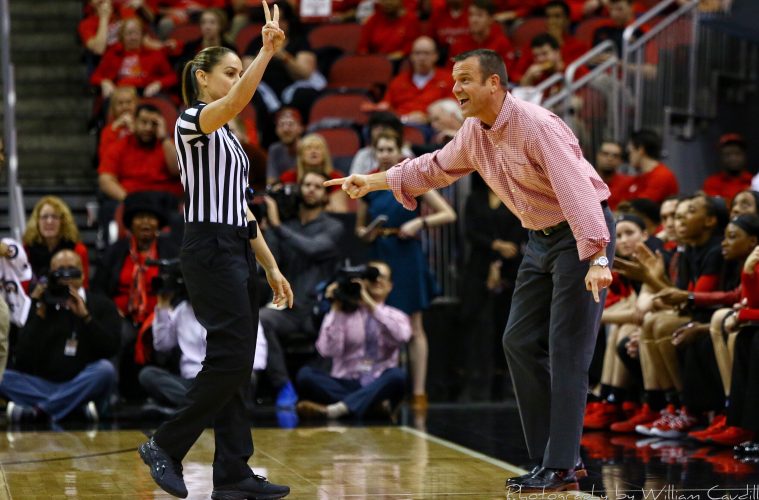 WBB moves up to #2; rack up on weekly accolades

In addition, Louisville is No. 2 in The Associated Press women’s basketball poll for the first time in school history.

The Cardinals move up one spot after routing then-No. 2 Notre Dame to remain unbeaten. It’s the first time that Louisville is this high in the poll since first getting ranked in 2006.

Durr scored 36 points on 13-of-18 shooting, including an impressive 8-of-10 from three-point range, in the Cards’ 100-67 victory over then-No. 2 Notre Dame. Her 36 points are tied for the third best scoring game of her career and her eight 3-pt field goals made are second to only the nine she made against Ohio State, which tied the school record.

Two weeks ago, she was named ACC Player of the Week after averaging 27.5 points per game in road wins at Georgia Tech and NC State. At Georgia Tech, she had 27 first half points, including 20 in the second quarter, and finished the game with 38 points, which is the second highest scoring game of her career, second only to the 47-point performance in the win at Ohio State that set the school record.

She has scored in double figures in her last 11 games and has 15 double-digit scoring games this season, including nine 20-point games. She has eight career 30-point games and 31 career 20-point games. She leads the ACC and ranks 18th in the country with 21.1 points per game. Her 26.8 points-per-game in ACC play also lead the league.

Louisville returns to action on Thursday night when they travel to face Pittsburgh.