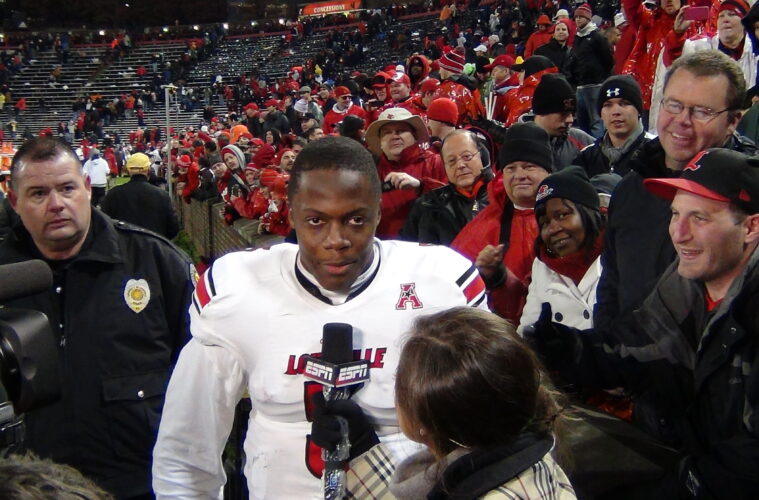 Teddy Bridgewater (@teddyb_h2o) didn’t want a Heisman campaign.  He wanted the focus on the team.  An admirable request, and it got college football talking about the talented signal caller and the Louisville Cardinals.

But I decided if Teddy didn’t want the school to tout him for Heisman, it doesn’t mean I can’t.  So I made this video.  I’m no CrumsRevenge, BUT, with his encouragement, tips, and library I was able to craft together what I think is a great representation of who Teddy Bridgewater really is as a football player and as a person.

I’ve been watching Cardinal Football for a long time and we haven’t seen a player quite like Teddy Bridgewater in quite some time.  He’s special. He deserves to be in the Heisman race and by the end of 2013 he might even deserve the trophy.  ACT 1: Teddy’s Freshman Year.  ACT 2: Get to know Teddy.  ACT 3: Sophomore Season Highlights.

Note:  The Video may not play on your mobile device due to restrictions from YouTube.

I recommend playing it loud, on full screen, and after letting it load completely.  Feel free to share with the world…….and don’t forget to enjoy your Quarterback in 2013.  It’s Football season.

Lastly, CrumsRevenge and I are spinning off CardsandCats.com to TheCrunchZone.com (still under construction) which will be an ALL Louisville format in late July.  We would love it if you would follow us over to our new Cardinal home as we continue to enjoy our passion of Louisville athletics.