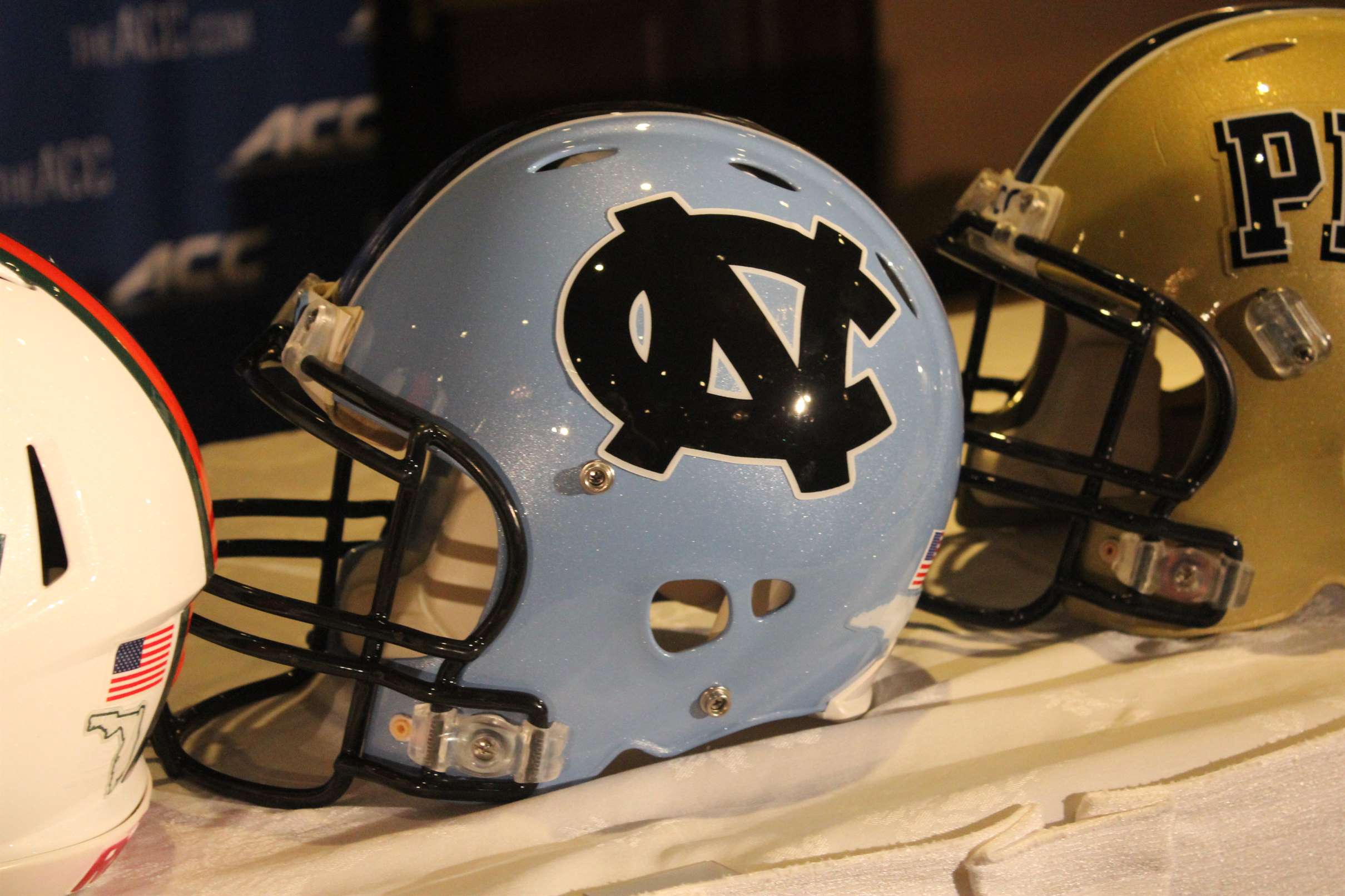 Louisville Ready To Open ACC Slate On The Road

With all the theatrics from the football season opener in the rearview mirror, the focus for the University of Louisville has turned to the Atlantic Coast Conference opener at North Carolina on Saturday in Kenan Stadium.

“We’re going to work on a lot of things to get ready for this weekend, to go on the road and play North Carolina, a team that looks good on video,” UofL head coach Bobby Petrino said. “They look good on video, they run the ball well and we got two quarterbacks again to prepare for. Defensively, they’ve got a lot of experience—you turn the video on from last year and this year and it’s a lot of the same players playing, particularly at linebacker and in the secondary. We just have to have a great week of preparation.”

It’s a similar situation for the Cardinals’ defense, which prepared for two quarterbacks heading into the opening match up against Purdue.

North Carolina used graduate transfer Brandon Harris and freshman Chazz Surratt in its 35-30 loss last Saturday to California in Chapel Hill. Harris, the starter last week, threw for 60 yards before being relieved by Surratt in the third series. He finished 18-of-28 through the air for 161 yards and a score.

The Cardinals are making their first visit to Kenan Stadium for the first time since 2011, and Petrino will make his first appearance since the 2004 season, when his squad blanked the Tar Heels 34-0.

“Actually, I do remember it a lot,” Petrino recalled. “We had this little freshman running back that finished the game for us. We handed him the ball about five to seven times in a row. He made a lot of guys miss, ran over a couple guys. He was No. 33; his name was Kolby Smith.

“I remember that game pretty well. In the second half, we handed the ball to Eric Shelton, he ran down on a lead play for a touchdown. Our defense did a great job of getting off the field on third downs. I don’t know if they converted a third down. “

The Cardinals are looking to run their record to 2-0 after winning their opening game of the 2017 season behind the play of quarterback Lamar Jackson, who accounted for 485 yards of total offense, while throwing for 378 yards and two scores.

“He put some balls in small windows,” Petrino said of Jackson’s performance. “His accuracy allowed us to get yards after the catch, and also allowed us to score in the end zone. He’s doing a really nice job with his sets, and when he sets, he gets on line and he’s really accurate.”

While Jackson put on another sensational performance, ‘normal’ for his standards, the play of some newcomers that put a smile on Petrino’s face. Wide receiver Dez Fitzpatrick helped ignite the offense with four receptions for 95 yards in the second half, including a 20-yard touchdown reception with 9:01 left in the game to put the Cardinals ahead 32-28.

“I thought he did a really nice job,” Petrino said. “The thing that was good to see was the first catch down the middle. They both saw the coverage; they knew what was going to happen. It was perfectly thrown and caught. On the touchdown pass, they were both exactly on the same page. That’s something that we worked on throughout the week.”

Fitzpatrick, who redshirted last season, drew high praise from Jackson after they teamed up for the first time in a game.

“He can get open, he has great hands,” Jackson said. “Every catch was spectacular to me, awesome catches, great routes, great touchdown. He did great.”

The country will get to see what Jackson and Fitzpatrick do for a follow-up performance when the Cardinals take on the Tar Heels at noon before a nationally televised audience on ESPN.