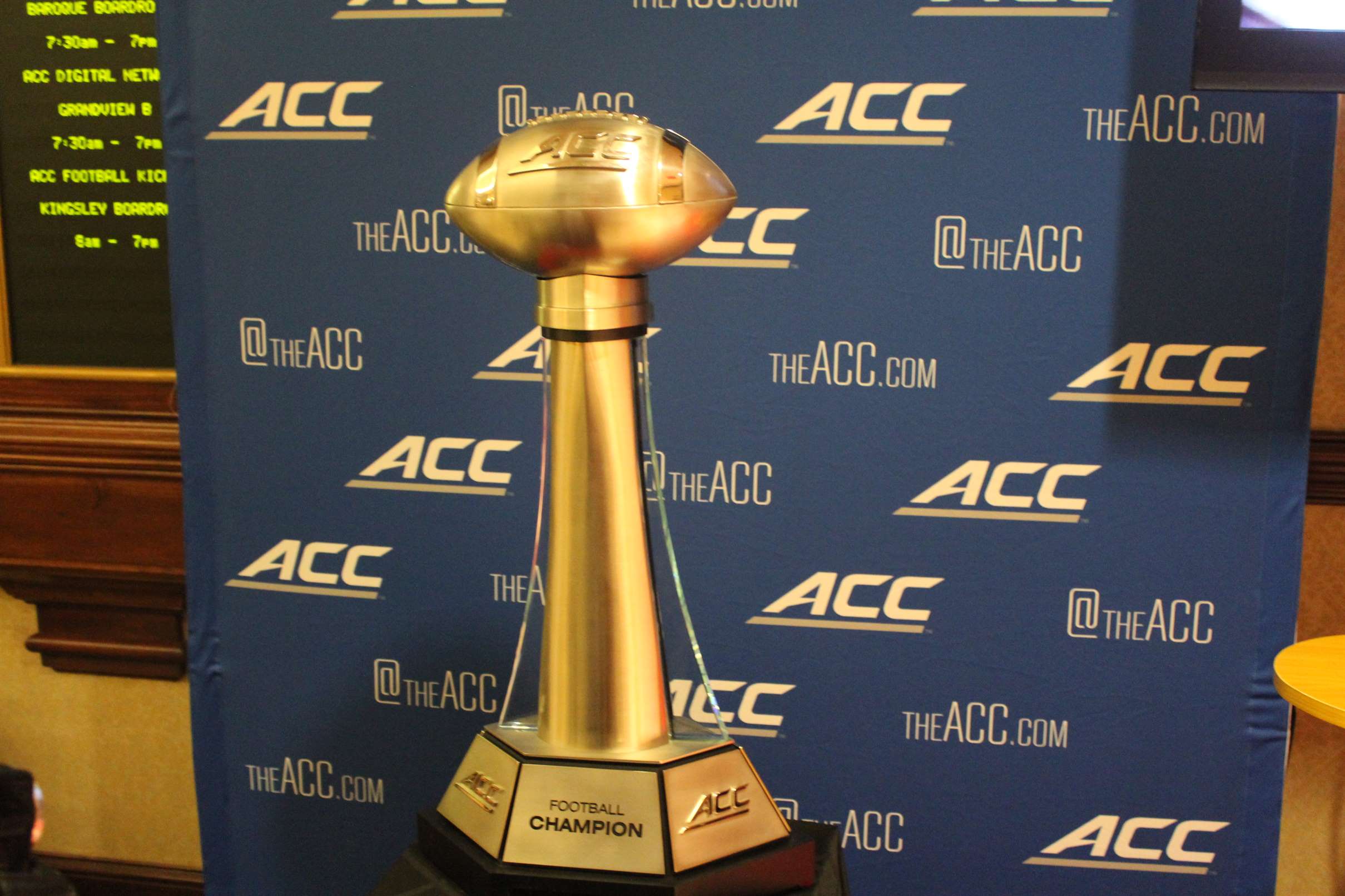 BOBBY PETRINO: We’re coming off of a good win at Purdue or actually up in Indianapolis last week. We didn’t do everything right. We had mistakes. We didn’t score enough touchdowns, particularly when we get down in the red zone like we’re used to doing. But Lamar played a great game. He completed 30 passes for 378 yards and rushed for another 100 yards. Defensively I liked what I saw. I thought our guys played with a lot of emotion. I thought they played fast and physical, so that was really good to see, and when the game was on the line, they completely shut down Purdue. Looking forward to going on the road to play a very good North Carolina team, a team that’s very talented and experienced, so with that, I’ll just open up for questions.

Q. What did you see in the game or the film to explain, you were able to tell your guys this is why we had no sacks allowed in terms of what you liked not just from Lamar but obviously the O-line?
BOBBY PETRINO: Yeah, we utilized good technique. I thought our tackles did a really nice job in communication with the inside three guys, did a good job. Lamar did a nice job when he got outside the pocket and there wasn’t anything there, he threw the ball away, which is something we really worked hard at since last spring. Our timing was good in our passing game. The receivers were getting open on time and the tight ends and running backs were where they were supposed to be. So it all works together. It’s all 11 guys working together.

Q. Were there extra ball security roles at practice this week?
BOBBY PETRINO: Yeah, we do them every day, every week. We’ve just got to take care of the ball. They all happened different ways, you know. One time we had a fullback coming out from underneath the center, tried to reach the ball across the goal line. The other one was just a great defensive play. Guy hit him exactly on the ball and the ball came out. It’s something we stress all the time. We certainly have to get better at it.

Q. Just talk about playing against a North Carolina team that you have to get ready for. How many quarterbacks do you have to get ready for North Carolina? How do you prepare for that?
BOBBY PETRINO: Well, this will be our second game where we’ve had to prepare for five different quarterbacks, so I guess that’s a good thing. Purdue was working with three. But they’re on video, and really what you have to do is just break down what they do by who’s in the game at quarterback. A lot of the same schemes show up, maybe a couple different emphases, but the real key is for us is to play focused, play hard, play fast, and understand what’s going on out there.

Q. And just talk about your team. I know you guys had issues with the football last weekend up in Indianapolis. What else do you guys have to work on this week?
BOBBY PETRINO: We have a lot of things to work on. We’re trying to get better on a daily basis, every player individually, technique, and fundamentals, trying to get our timing down, both offensively and defensively. So what we need to do is really understand that you prepare in practice to win the game and you earn the right to win the game in practice.

LARRY FEDORA: We are looking forward to our first conference opener. Fortunate to have it at our place at home. This will be a heck of a chore against a tremendous player, a really good football team, a team that is coached very well, but we’re looking forward to finding out who we are.

Q. What do you need to see from your quarterbacks this week in practice to kind of help you make a decision on who’s your guy for Saturday?
LARRY FEDORA: You know, really we just need to see consistency, need to see the guys that are going to understand the game plan, be able to pick it up as quickly as possible because you’ve got two days to put it in. You know, who’s going to be able to handle that, move the chains, and make this unit better when they’re on the field.

Q. And on the defensive side of the ball, what kind of improvement do you need to see from week 1 to week 2 to help you cut down on big plays or help you hang with Louisville?
LARRY FEDORA: We’ve got to just cut out the mental mistakes. There were a lot of plays in the game we played very well, and then we had a few mental mistakes on about six or seven plays that just were catastrophic, and we can’t give up catastrophic plays.

Q. You said in the opening that you’re looking forward to finding out who we are; having a conference opener this early in the schedule, do you like it, or would you rather have some games under your belt and kind of have a better idea of your identity before you’re in league play?
LARRY FEDORA: Well, with a young football team, I would prefer to have some games under our belt. But you know, it’s just the way it is. We’ve got to do the best job we can preparing, getting this team ready, putting them in a position to be successful against a very good football team.

Q. Does it change your approach, not just to this week but the way you approached preseason and all that, knowing that conference play started earlier?
LARRY FEDORA: Not really. I mean, still, you’ve got to play a game, so it doesn’t matter who you’re playing. I mean, it’s the next game.

For us, the preparation is still the same. The importance of it changes a little bit, I mean, because it is a conference game.

Q. You have a number of graduate transfers this year, like some other ACC schools. In your mind how valuable is the grad transfer rule?
LARRY FEDORA: Well, I mean, how valuable is it? It was a really good situation for us because we were able to plug in some holes that we had on our football team, you know, guys that have come in and given some quality help and also some quality depth and some experience that you wouldn’t have in those situations. You know, I think it’s a good rule. I think it’s a good rule, and until it changes, until the rule changes, we’ll continue to try to utilize it.

Q. What do you think looking at Louisville’s defense, what are you specifically looking for from your offense to be able to avoid some of the mistakes that were made against Cal?
LARRY FEDORA: Yeah, we’ve got to be — we’ve just got to be more consistent. I think watching Louisville’s defense from the first game, they’re very multiple. I think they’ve got a lot of age, some experience on the defense. I think there’s eight seniors over there. So those guys aren’t going to get rattled. We’re going to have to be very consistent at what we do and try to take advantage of the things that they give us.

Q. Is there anyone — would you think given that that Brandon kind of has the edge if you’re looking at Louisville’s defense being experienced just because of his experience?
LARRY FEDORA: Not necessarily. I don’t think the experience of the defense has anything to do with who’s going to play quarterback. I mean, it’s more about what those — what our quarterbacks do in practice, coming out of last week’s game, how they handle the week, all those things.

Q. I’m wondering if he looked any different, if they were doing a lot of things differently at the opener than what they had done last season with him?
LARRY FEDORA: Not a whole lot. I think he threw it 42 times in this first game. He looked like he was very poised. Purdue was able to get some pressure on him. But he handled those situations really well. He didn’t just flush and run. He moved and extended plays and still threw the ball and looked — he looked like a really good quarterback.

Q. I was watching the game on Saturday, and Cal had that first touchdown in the corner of the end zone. Was he out of bounds, or what did you see on that call, because from my angle, it looked like he was out of bounds.
LARRY FEDORA: It was close. The officials looked at it, and they got buzzed from up top. They took a good look, and through the replay they said that he was in. That’s what it is. You know, after that, there isn’t much you can say.

Q. And talk about Lamar Jackson; what do you see from him different from last year to this year? I know he looks like he’s improving every year and he’s the reigning Heisman Trophy winner. What do you have to do to contain him at the line of scrimmage?
LARRY FEDORA: Well, we’re going to have to do a great job in constricting our rush lanes. One thing I will tell you just watching him from the first game and where he was last year, he threw the ball very, very effectively. He never got flustered, very calm in the pocket, moved around when needed, and still kept his eyes downfield and threw great balls. So I do think he’s improved. I think he’s improved as a quarterback, not just an athlete.

Q. I’m curious if you saw the game Monday night and mostly just your observations about TaQuon Marshall, the quarterback for Tech?
LARRY FEDORA: I’m sorry, I didn’t get a chance to see that game. We were game planning.