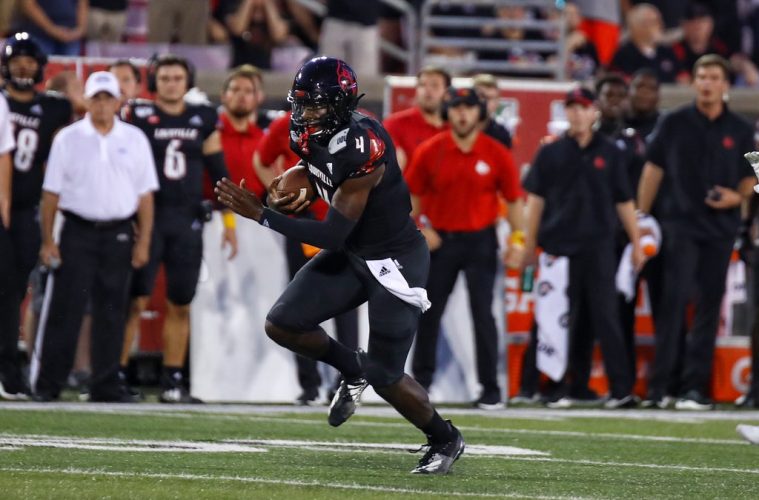 (Overall, how do you feel about today?) “I did alright, but we didn’t win. I didn’t do enough to help us win. We just have to go back to work and get better.”

(Coach mentioned that fumbles weren’t really a problem in practice. What do you think contributed to the fumbles out there today?) “I mean, I don’t know, it’s just part of the game. We just gotta learn how to move on from it and respond from it in a positive way.”

(You’ve been saying that throughout camp, the ability to run, call running plays, has added a whole other dimension to your game. What are your thoughts on how that part of your game came out tonight?) “I mean it came upa few times, on a couple occasions. I just gotta do a better job taking care of the ball.”

(They came out really quickly, and you all came out and responded. What did that feel like to get that response?) “I mean, we expected to respond but it felt good knowing that once we got hit in the mouth, we can fight back, punch back.”

(Coach said you guys don’t believe in moral victories or anything, but there are some positives to take out. From a players’ perspective, looking back at last year, do you feel good at least about the overall effort and what came out of it?) “I mean, I agree with Coach, but yeah, I mean, there’s a lot of positives came out of tonight and we have to correct the negatives.”

(What was your review of Javian & Hassan, the way they played today? “They played great. They helped me out a lot with the way they ran the ball. They ran it hard and did everything they needed to do.”

(Is that what you’ve seen from them pretty much all camp?) “Yeah, no doubt. I’m not surprised by the way they played.”