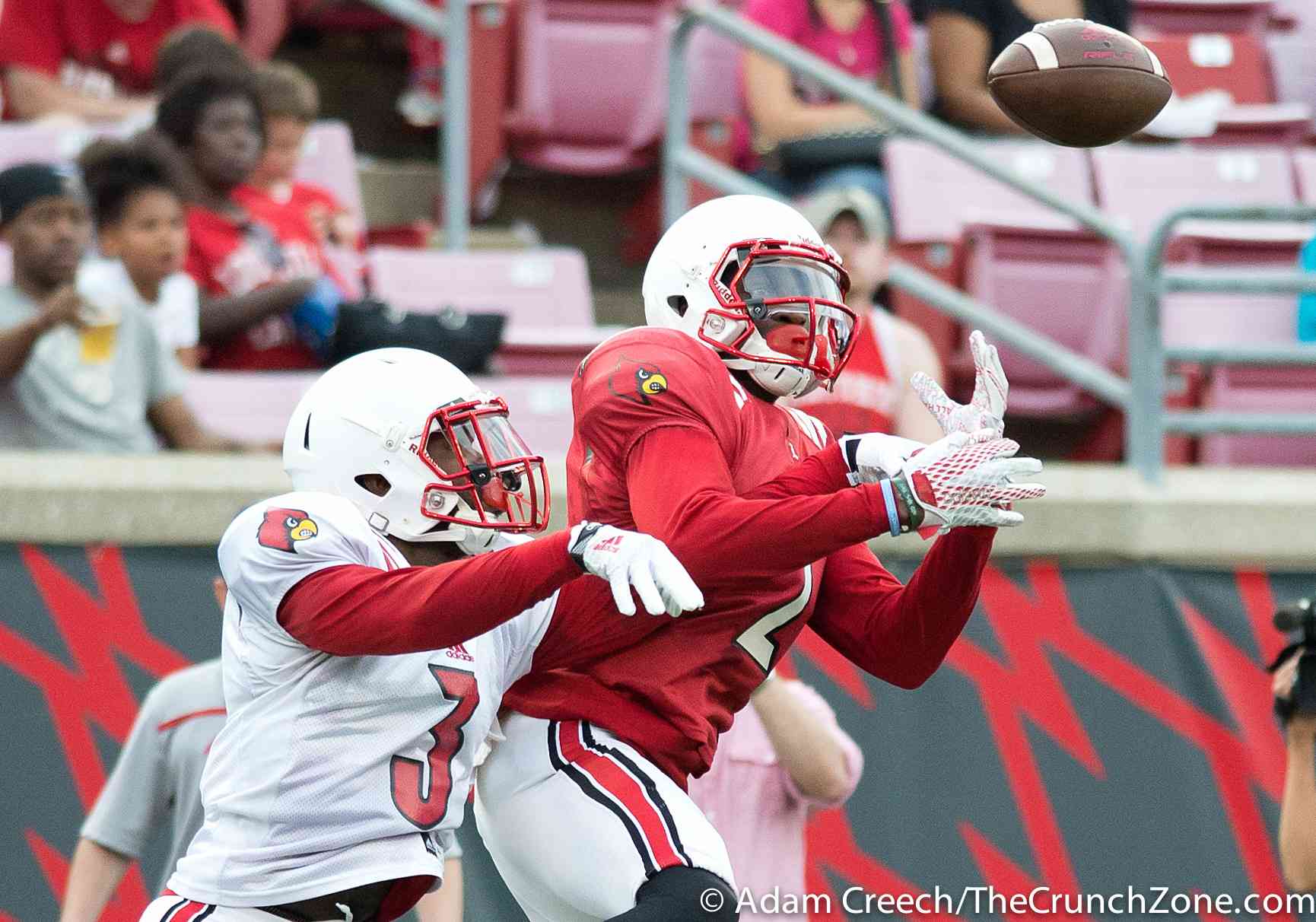 Conducting its first major scrimmage of spring practice, the University of Louisville football team “got a lot accomplished,” according to head coach Bobby Petrino on Saturday morning.

Practicing in cold and windy conditions, Petrino directed 135-play scrimmage in Papa John’s Cardinal Stadium, and the seventh-year head coach was pleased with what he saw on both sides of the football.

“It was the first time this spring we had an all-out scrimmage,” Petrino said. “It was back-and-forth. Both sides of the ball made some plays. I thought it was the first day we had some big plays throwing the ball down the field. Some of our protections allowed us to do that. We needed to finish some of those drives, but the defensive line made some big plays on fourth down.”

Sophomore quarterback Lamar Jackson had a big day throwing the football, connecting on at least three passes of over 50 yards to three different wide receivers. He hit senior James Quick with a 54-yard touchdown pass and a 55-yard yarder to senior Jamari Staples. Jackson connected on a 25-yard touchdown pass to junior Ja’Quay Savage, while sophomore wide out Traveon Samuel led the Cardinals in receiving.

L.J. Scott was the team’s leading rusher on Saturday, while junior Jeremy Smith also had a big morning running the football. Scott had a 23-yard run in the scrimmage, and Smith had the longest scamper on the day with a 28-yarder.

“I was able to see the defense today,” Scott said. “I was able to make all my pre-snap reads and during the play, things started to open up. The offensive line at this point is so far along then they were at this point last year. Some of them have started at some point last season. They are comfortable in critical situations and they are started to show how much they have improved.”

Petrino was also pleased with the way Scott ran at times during the scrimmage on Saturday morning.

“I was pleased with the defense,” Petrino said. “They made some big stops on fourth down that stopped drives. The defensive line got penetration a number of times and stopped some short-yardage situations.”

The Cardinals return to the practice field next week for the final two open practices of the spring on April 5-6. Practices are scheduled for 3:50 p.m. on both days.