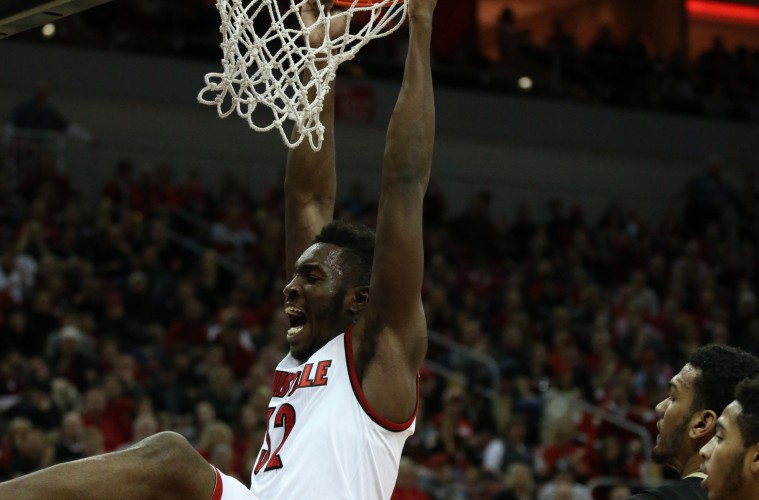 The Improvement of Chinanu Onuaku

Since we have already examined the improvement Quentin Snider made from his freshman to sophomore years, it wouldn’t be fair to exclude another second year Cardinal from the evaluation, especially when he made quite an improvement himself.

Chinanu Onuaku came to Louisville as a big, physical post player who was fairly out of shape and very raw in several aspects of his game. While there is still much to improve in his game, it can not be stated enough just how much of a change he made between his first and second seasons. During the 2014-2015 season, center was not a very productive position to say the least. In 1 year Onuaku brought his game to a level where he was a force to be reckoned with. A place where in times of offensive slumps you could feed him the ball and he could make something happen. He truly flipped the script. Let’s examine the different areas he improved.

Overall, Onuaku made solid improvements in a lot of offensive areas but two numbers really jump off the page: turnovers and assist rate. Both of these areas helped the offense as a whole run smoother, creating more opportunities for teammates as well as not giving opponents additional possessions. Comparatively, just how well did Onuaku do?

It is apparent Onuaku is on track to be not only be one of the premier big men in the ACC, but also college basketball. In 1 year he went from averaging 3.0 points, 4.6 rebounds, and 0.5 assists per game to 9.9 points, 8.5 rebounds, and 1.6 assists per game. A significant jump. One more comparison for fun?

While this is not trying to say one player is better than another, it does show that like Gorgui Dieng did, Chinanu Onuaku is evolving into a dominant post player and while there are still improvements Onuaku can make, he is definitely moving in the right direction.