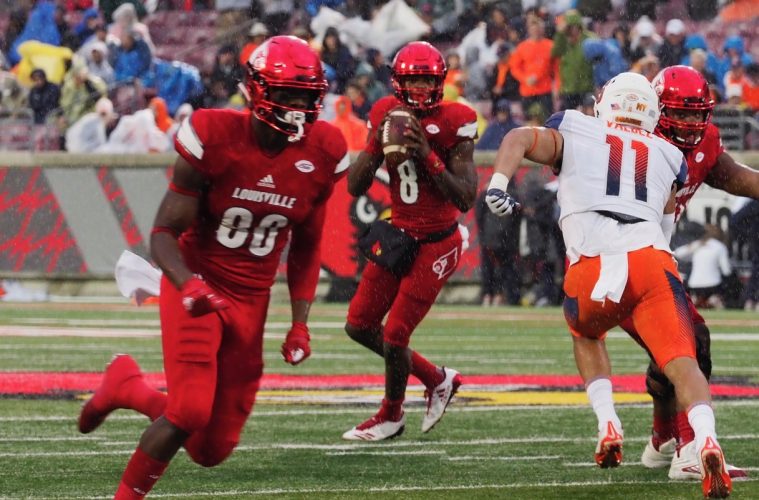 The University of Louisville Football program will say goodbye to its Seniors on Saturday. Card March is at 1:30 and this group DESERVES your attention and attendance. Be there.

Louisville will square off vs. the Syracuse Orange inside Cardinal Stadium and SU is fresh off a rousing victory on the road vs. the Duke Blue Devils. Who exactly is Syracuse in 2019? The team that was picked 2nd in the Atlantic Division and began the 2019 season RANKED #22 in the Associated Press Top 25? Or the team that has lost decisively to Maryland, Clemson, Florida State and Boston College and added close losses to NC State & Pitt? Or the team that boatraced Duke last week 49-6? The Duke result in Durham is an outlier…. but it’s the most recent data point for a team that before the season a lot of people around the country thought would be a quality football team.

My guess is that we’ll see more of what Syracuse has put on film for the large balance of 2019. Duke has lost 4 in a row and 5 of 6 (only win against GT) so the Blue Devils aren’t exactly a high-level football team…. but Syracuse hasn’t really been either and HANDLED Duke 49-6.

Louisville has played a much tougher schedule and with a win will clinch 2nd in the ACC Atlantic division. That’s a HUGE accomplishment for this program coming off 2-10.

Mechanically Syracuse’s Defense is actually worse than Louisville’s by a slight margin but the Cards have a clear advantage when running the ball. Look for Hawkins and Hall to run behind a Mekhi Becton returning to action and dominate the line of scrimmage….. but the deep ball is certainly going to be in play. The Cards have to limit the tackles for loss, Syracuse can get sacks!

Syracuse will get penalties and hopefully the penalty problem for the Cards stops at two games (Miami/NC State). But speaking of going backwards Syracuse is LAST in the country at allowing sacks….and Louisville is LAST in the nation at allowing Tackles for Loss. I like the Cards ability to overcome those backward results more often than Syracuse.

The Orange do win the turnover margin often and are +7 on the season while the Cards are EVEN. The Cards have been a better special teams unit than Syracuse statistically, but we’ll need Ryan Chalifoux to kick well when he has the opportunity.

Lastly Louisville is the better 3rd down team and much better in the Red Zone than Syracuse on offense and defense. I look for the Cards to win this game, but I must admit the most recent result vs. Duke does put the Cards on alert that a viable opponent is coming to Cardinal Stadium on Saturday.