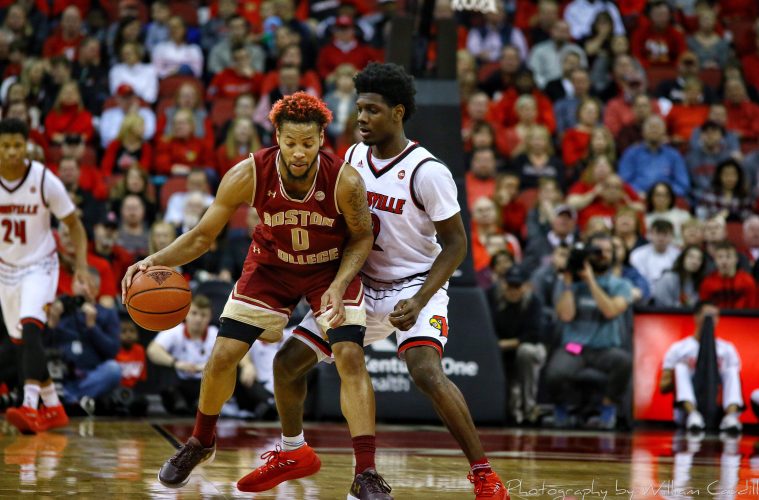 Louisville travels to Chestnut Hill to face-off again the Boston College Golden Eagles on Wednesday night. Boston College is 10-10 (4-5 in ACC) and sports wins over Wake Forest, Notre Dame, California, Virginia and Virginia Tech. This team is not as dangerous as it was with Ky Bowman a year ago when Louisville traveled to BC and lost by 10 in a mid-January game…… but it is still a dangerous team capable of slowing the pace and creating opportunities to a muck-it-up type of game.

Still there are some inexcusable losses for an ACC team: Belmont, DePaul, St. Louis, Richmond. In an individual season one of these might be OK…. but owning all 4 in a single season is a rough reality for this group. BC struggles to score, Louisville is one of the best defensive teams in the country…… it’s not a recipe for success for BC.