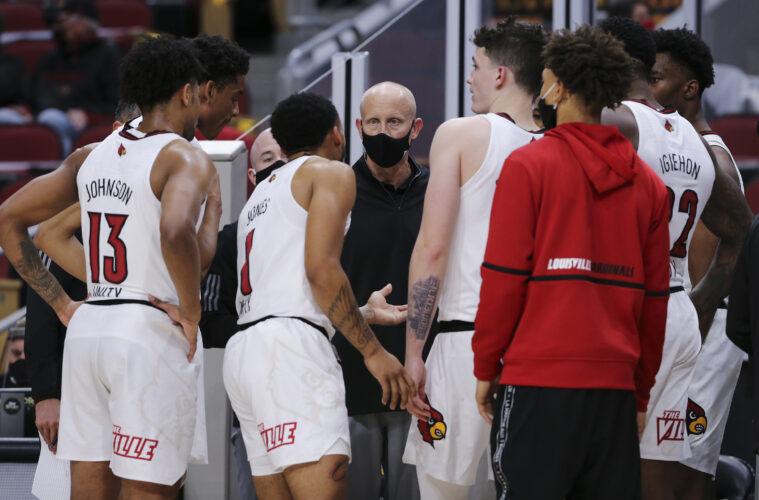 Louisville travel to Madison, WI to take on the #12 Wisconsin Badgers (5-1). The Cards have been off since a December 1st romp over the Western Kentucky Hilltoppers due to COVID-19. During that time Cardinal Sophomore Forward Samuell Williamson has returned to practice after suffering a big toe dislocation versus Seton Hall.

It’s unknown who may or may not be available in Saturday’s contest between the Cards and Badgers. Chris Mack said at his media availability that he expected 7 or 8 scholarship players to be available for the game. Louisville is still expected to be without Charles Minland and Josh Nickelberry against Wisconsin.

The Badgers have rolled on this season with wins over Eastern Illinois, AR Pine-Bluff, Green Bay, Rhode Island and Loyola-Chicago. The one hiccup on the season came on the road at in-state rival Marquette where a late game clock-operation issue aided Marquette to beat the then #4 ranked Badgers. (Note: Marquette continues to be the beneficiary of happy officiating errors)

Wisconsin is a veteran team, they don’t make a bunch of mistakes and they are #2 in turnovers (lost) in 2020-2021. UW is deadly from 3-point range when they get hot. The good news is that Louisville hasn’t turned the ball over much either, appears to be a better rebounding team (on paper) than Wisconsin and to this point of 2020-2021 have defended the 3-point line well.

Expect a decent amount of fouls in this game and both teams shoot a similar percentage from the foul line.

If there is any advantage for Louisville leading up to this game it’s that so far the Cards have been more efficient offensively this season. How will that play out after an 18 game stoppage? We’ll see. UW has the advantage of being a more veteran team and they’ve had no disruptions this season with COVID-19 to date.