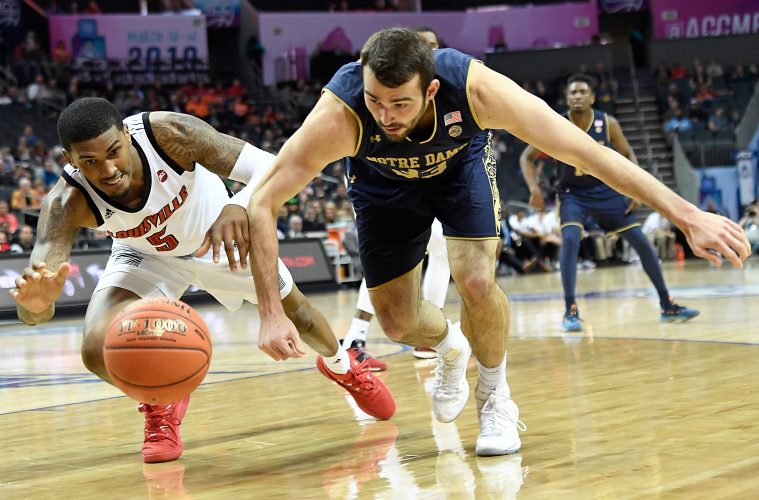 Louisville will travel to South Bend, IN on Saturday to face-off against the Notre Dame Fighting Irish inside the Joyce Center. The Irish under Mike Brey have been short-handed for the second consecutive season (they played only 6 players on Wednesday night vs. NC State) and the results have been mixed early in the 2019-2020 season.

But better Louisville teams and worse Notre Dame teams have resulted in incredibly tough games inside the Joyce Center during this series.

ND started the season with a loss on the road vs. North Carolina and then won 6 in a row before losing two-games in a row in early December to Maryland & Boston College. The Irish have also lost to Indiana and NC State. To date the best wins of the season came against UCLA and Syracuse.

Statistically the Irish are a high-scoring team…. but they also see a very high number of possessions in relation to the rest of college basketball. They shoot OK from the field. Notre Dame does NOT foul. ND is #1 in the nation in team fouls and that’s necessary considering the short bench Mike Brey has to deal with. As such they don’t rebound super-aggressively on the offensive end.

The one stand out stat categories beyond the lack of fouls is the overall defense, the # of assists and lack of turnovers. This is a well-coached team despite its limited roster. Louisville will have to beat Notre Dame as the Irish are not going to beat themselves.