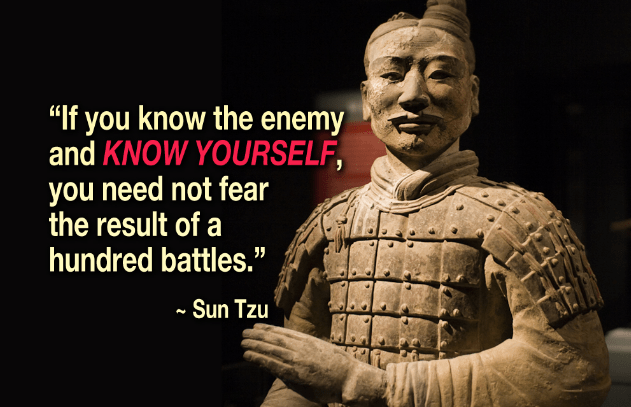 By now you’re sick of the hype.  You want to see your Louisville squad strap up and go to battle.  But nah, chill and channel Sun Tzu.  Know yourself and know your enemy, then place a responsible bet with your bookie.

Everyone wants to talk about about Clemson or FSU,  but I find the mighty Houston Cougars to be Louisville’s most interesting adversary.  By now you know the Coogs well, so do FSU fans that travelled down to Atlanta and watched them defuse the improvised explosive devise known to the rest of the country as Dalvin Cook.  Tom Herman’s squad stifled the country’s biggest break away threat to the tune of a pathetic 33 yards on 18 carries, broke the ‘Noles starting quarterback’s foot, and sent shock waves through Vegas with a stunning 14 point, 38-24 upset. Houston is for real folks, and their coach Tom Herman is on the verge of commandeering a top Power 5 school in the imminent future.

Talk around the ‘Ville is how the ‘Cards did everything to lose their week 2 matchup against Houston last year.  “The best team lost that day and Houston got lucky,” they say.

But luck is the residue of preparation, and Herman had his boys ready.  Last year no one saw Houston coming, except me of course, ask @0nest_abe.  This year will not be the same for the Cougars, their steps through the brush will be a lot heavier and their prey will hear them coming.  Thanks to all the off-season hype surrounding Louisville based on the last six quarters of their 2015 season run by Lamar Jackson, the ‘Cards will also be without the element of surprise this year as well.  But that is just the start of the similarities between these two up and coming programs.

Louisville is coming off an 8-5 2015 season.  Last year Houston was coming off an 8-5 season.  Houston crept up on people that didn’t know the science on Tom Herman or Greg Ward Sr.  This season, everyone has done the knowledge and Houston will confront jacked up AAC opponents like Cincinnati and Memphis that will treat Houston like their Super Bowl.  It doesn’t matter, those lesser foes will get rolled and Louisville may very well roll into TDEC stadium to face an undefeated Houston squad on a Thursday night.

When the ‘Cards travel to Houston they will be fresh off match ups with  two stout defenses.  They face Boston College in Chestnut Hills and Wake Forrest at Papa John’s.  This is very much a less than desirable situation for the ‘Cards. A quick road turnaround against the 15th ranked team in the preseason AP Polls in week 11 is a true test of a team’s heart.  If you can’t get up for this type of game you ain’t built for this life.

The mettle of men is honed by overcoming great challenges.  When you take the context of this week 11 showdown into consideration, it’s hard to argue that this won’t be the ‘Cards biggest test, especially if they come into the game undefeated or with one loss.  The basic context of this game is intriguing enough as is, but when you dive deeper into the subtext of it, you start to appreciate the poetry and soul of the sport.

So many college football players are born from the struggle.  Blessed with enormous physical talent, but mired in socio-economically depressed milieus and the inherent pitfalls, too many times the individual player’s worst enemy stares at him in the mirror everyday.  Football is not war, but it is a war game played by warriors, and every game is a violent battle of strategy, discipline, and physical dominance.  So is war.  This particular battle between the ‘Cards and the Cougars features two regiments that are virtually mirror images of one another.

Houston’s offensive personnel is similar to Louisville’s. They have an improvisational QB that makes plays on the run in Greg Ward.  Their running backs consist of compact bowling ball types.  Their starting receivers are all over 6-foot-3 and have to be fearless over the middle as well as win jump balls downfield.  Very much like Louisville, the Cougars’ offensive line will either make or break them this year.  Houston allowed 28 sacks last year while Louisville surrendered 44.  Further, both teams’ quarterbacks were their leading rushers with Ward Sr. running for 1,108 yards and Jackson gaining 960 on the ground, respectively.  Houston’s leading running back, Kenneth Farrow gained 958 yards but he graduated.  This year, 6-foot 210-pound former blue-chip Texas Longhorn transfer Duke Carlton will be relied upon to maintain the high level of production the Cougars’ ground game produced last season.

See the resemblance yet?

On defense, both teams run an opportunistic 3-4, with DB’s playing hybrid linebacker roles.  In fact, Houston has forced more turnovers on defense than any other FBS school over the last three years with 108, while UL has a not too shabby 73 total turnovers in the same time span.

While both defenses are artful in taking the ball away, that’s where the similarities end.  Louisville has been more careless with the ball on offense.  In ’15 Houston was second in the country in turnover margin with a +1.5 ratio.  On the other hand, the Cards were 75th last year with a -.08 ratio.  In 2014, Houston was 23rd nationally with a +.62 margin while the ‘Cards were 44th with a .31 score.  What about 2013 when Teddy B’s ‘Cards were number two in the country with a +1.31 margin?

Houston beat out Louisville for the top spot that season with an incredible +1.92 margin.  In their head-to-head ‘15 matchup, Houston forced four turnovers and only gave the ball all away once.  The turnover margin proved to be fatal for the ‘Cards as Trevon Stewart’s interception and 58-yard return of Lamar Jackson set up a 23-yard Kyle Bullard FG that would provide the difference, as the Cougars edged the ‘Cards 34-31.

Houston’s identity is well known this season.  Some expect big things from the Cougars and a playoff push is not out of the realm of possibility should they leap the two tallest hurdles on their schedule, Oklahoma and Louisville.  The Cardinals identity is still yet to take form.  Are they more hype than substance or will they live up to the hype and push for a playoff spot?  Can they do the unthinkable and beat Clemson in Death Valley, FSU at home, and then the team that beat both them and FSU on the road, on a short week?

That remains to be seen, but what we do know is this:

There is tape out there of Lamar Jackson the electrifying runner who can be forced into bad decisions with his arm.  The ineffectiveness of UL’s offensive line is well documented and while Louisville’s defense will be its strength again this year, offensive coordinators know that Josh Harvey-Clemons can be exploited in space and Sheldon Rankins, James Burgess, and Treyvon Young won’t be walking through that door.

What isn’t known this season however, is how much Lamar Jackson’s proclamation of memorizing the playbook is reality or bravado?  His effectiveness as a passer has been documented from scrimmage and practice reports, but he won’t be playing the scout/2nd team Louisville defenses when the stats count.  Is Tom Herman really P5 material or did he just catch lightening in a bottle?  He is coaching for that mega millions power ball payday.

Bobby Petrino is a proven commodity and you can bet your idiot tax that he isn’t going to be caught off-guard by the Cougars two years in a row.

While everyone is caught up in the hype of FSU and Clemson, the real measure of UL’s identity will be fought in Houston, Texas, one of the most fertile grounds of football talent in the world.  This is hollowed ground where two teams will go to battle with mirror images of their own identities.  Sun Tzu said, “.”

But what if your enemy is your mirror image?