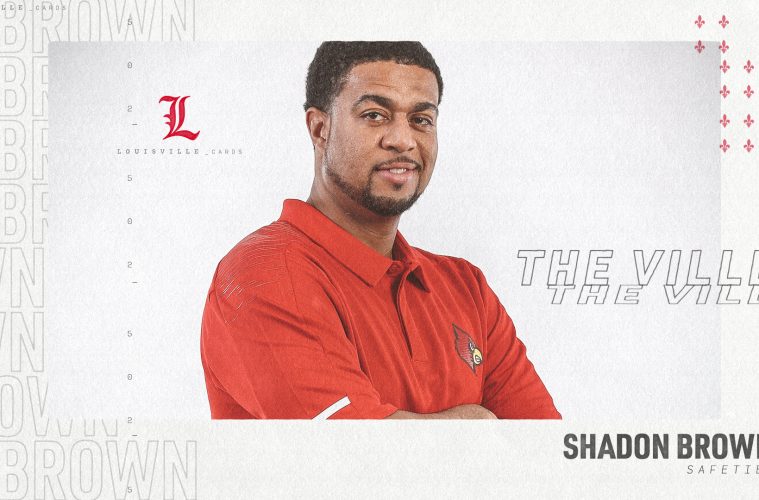 ShaDon Brown Selected to Coach the Safeties For Louisville Football

A veteran of the coaching profession and a Kentucky native, ShaDon Brown has been hired as the safeties coach at the University of Louisville, head coach Scott Satterfield announced.

Brown has spent the last two seasons as part of Mike MacIntyre’s staff at Colorado as the secondary coach, and was promoted to defensive passing game coordinator for the 2018 season.

The Colorado secondary thrived over the last two years, allowing opponents to complete just 56.2 percent of passes. The Buffaloes led the Pac-12 Conference in opposing completion percentage (56.7 percent) this season and ranked fourth in 2017.

Brown coached a pair of All-Conference selections at Colorado with Evan Worthington garnering honorable mention honors in 2018. Isaiah Oliver was a first team All-Pac-12 selection in 2017 and was a second round selection by the Atlanta Falcons in the 2018 National Football League draft.

Prior to his time in Boulder, Brown spent the 2016 season coaching cornerbacks at Army. The Black Knights had one of the top defensive back units in the country, ranking sixth nationally in passing defense (170.2 yards per game), 11th in interceptions (17) and 17th in pass efficiency defense (115.12 rating).

Brown spent five seasons (2011-15) at Wofford College, the first four as cornerbacks coach before switching to the safeties in his final year there. Brown was also the special teams coordinator during the 2013-14 seasons and was promoted to recruiting coordinator in the spring of 2015. He coached three all-conference corners at Wofford, including Blake Wylie who earned third-team All-American honors in 2012.

In the summer of 2015, he participated in the NFL’s program for minority coaches by interning with the Super Bowl 50 runner-up Carolina Panthers, where he worked with the defensive backs.

Before joining the Wofford staff, Brown was a coach in the Kentucky high school ranks. From 2008-10 he was head coach at Rowan County High School, where he led the Vikings to the 2010 Class 4A District 8 Championship, the school’s first title since 1982. He was named the Kentucky Class 4A District 8 Coach of the Year for that season, and 10 of his players at went on to play college football. He was an assistant coach at Boyle County High for the 2007 season.

As a player himself, Brown started at linebacker for Campbellsville University, which won a school record 10 games in 2001, reached the NAIA quarterfinals for the first time and finished the season ranked No. 10. He served as a team captain as a senior in 2002.

After graduating in 2002 with a bachelor’s degree in Physical Education, he started his coaching career in 2003 as a graduate assistant helping tutor the linebackers at the University of the Cumberlands. After one year, he was promoted to the full-time assistant coach for the inside linebackers for the 2004-05 seasons, helping lead the Patriot football team to a ranking as high as No. 5 in the nation. In 2006, he returned to his alma mater as the inside linebackers coach for one season.

Brown is a native of Danville and graduated from Danville High School. He and his wife, Rhonda, have a daughter, Shaelyn, and two sons, Braylon and Keenan.