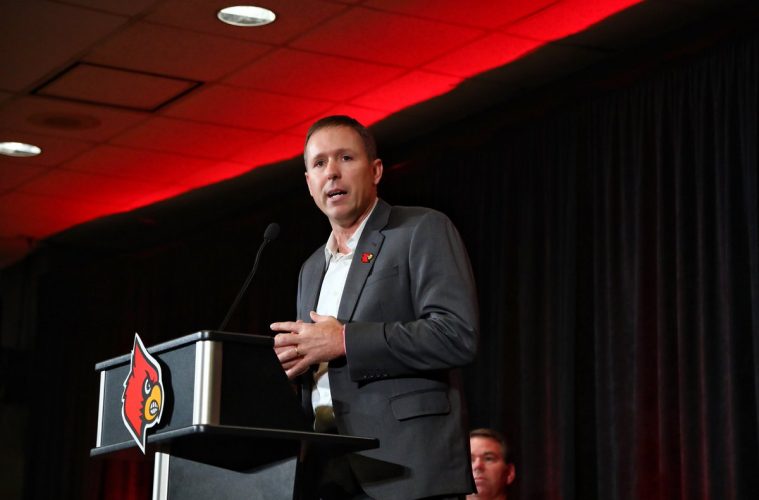 The University of Louisville entered into an agreement with Scott Satterfield as his head coach. The ULAA board approved the following terms:

Scott Satterfield
Head Football Coach
6-Years through December 31, 2024
Base Salary: $1.625 Million
Additional Compensation: $1.625 Million (media, promotional and apparel related obligations)
Bonuses: Bonus of up to $1.125M per year for athletic performance. Awarded if benchmarks are met. Bonus of up to $100,000 per year for athlete academic performance, if benchmarks are met; AND Signing bonus equal to Coach Satterfield’s liquidated damages (buyout) obligation to Appalachian State University plus a tax gross-up payment.

Termination:
For Cause: No obligation beyond amounts already due.
Not For Cause: Payment of a severance benefit equal to 75% of the remaining value of the contract, subject to an obligation to mitigate by seeking other employment (offsetting buyout with future salary).
By Coach: Subject to liquidated damages payment by Coach of up to $5 Million depending on when Coach decided to terminate agreement (I assume we’ll receive a sliding scale outlining this at a later date).